Man spends massive amount of money to make himself….look like an elf?

I have a rather apathetic view of body modifications. I don’t particularly mind them and as long as you’re not forcing me to pay for them, I couldn’t care less. Do whatever you want and leave me alone.

However, sometimes there are cases so strange you just can’t help but scratch your head and ask “Why?” Even someone like me has limits. 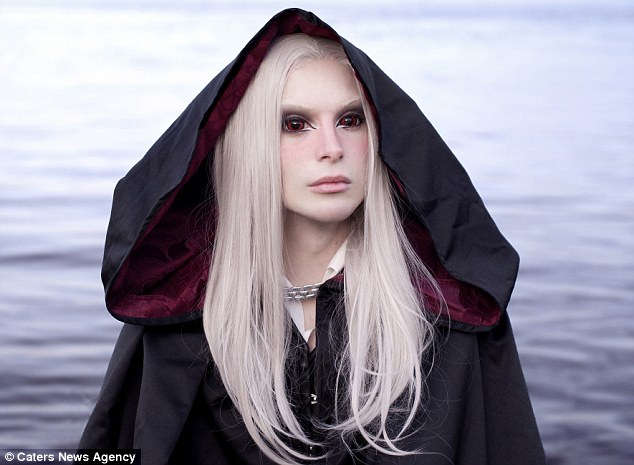 Luis Padron is a 25 year-old man from Buenos Aires, Argentina who dreams of becoming a real-life elf.

The fantasy fanatic has had a number of surgeries to transform himself into a literal version of his favorite character. He has had cheek liposuction, a rhinoplasty, full body hair removal, Botox and fillers to the tune of $43,000.

His most recent procedure endeavors to give him the widow’s peak hairline that is often seen on fantasy characters of this type.

When asked why, he responded: “One of the most important parts about being an elf is having long hair, that’s why I decided to reshape my hairline for a more fantasy look and have more hair.”

He plans to have more surgeries, including fang-like dentures, pointed ears, a v-shaped jawline and nose surgery, which will cost in the neighborhood of $87,000. I wish I had that kind of money, because I can assure you I wouldn’t be spending it on personal body modifications.

His immersion in the fantasy world had everything to do with the fact that he was bullied as a child and used books and movies to escape his own personal troubles. It was around the time that be began cosplaying that he decided he was going to fully transform himself into a fantasy character[2].

“I want to be an elf, an angel and a fantasy being, my aim is to look inhuman, ethereal, graceful and delicate – I have my own beauty ideal and want to achieve that no matter what.”

I mean, more power to him… I’m glad he’s living his life the way he wants to, but geez.