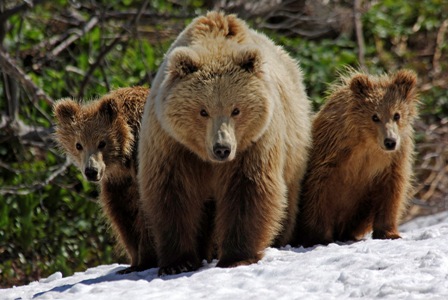 Brown bears[2] and their cubs are absolutely adorable, as in the picture above. They look so cuddly and lovable. But they aren’t, as one Russian mushroom picking man found out the hard way. 44 year-old Alexander Lopukhin went mushroom picking in a remote forest with no cell phone service. 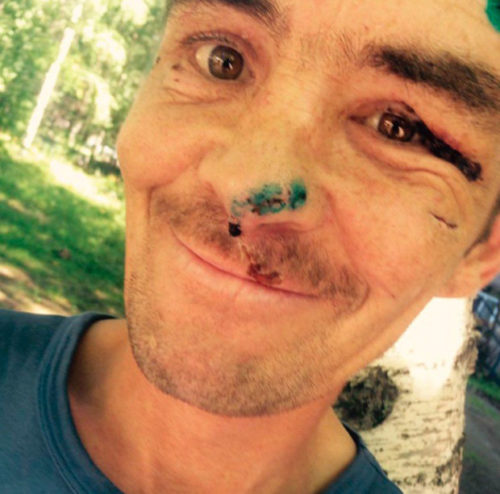 He was harvesting the fungi with a small pen knife, when he was set upon by a mother brown bear, whose cub was nearby. In true mama bear fashion, she attacked him with all the fury she could muster, to protect her cub. 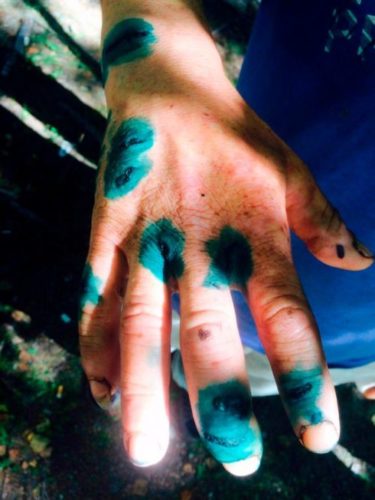 The battle lasted ten excruciating minutes, during which Alexander believed he would die. He had run out of maneuvers and was being savaged by the bear, with blood pouring from his wounds, when he decided to try one more strategy. 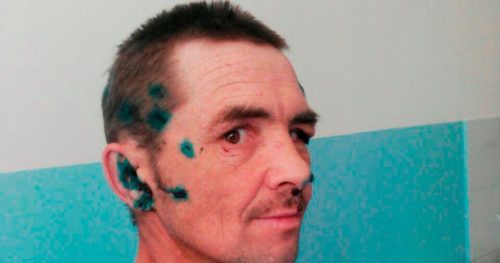 He grabbed the bear in a head lock and began pummeling her in the muzzle. The bear, apparently stunned by the assault on her face, sat down dazed, then retreated with her cub. It takes one tough man to grab a full grown bear in a headlock. Thankfully he survived. He was able to call for help on his cell phone after walking 6 kilometers to a place where cell coverage was available.

Mr. Lopukhin is recovering from his brutal wounds, but plans to return to the forest for mushrooms when he is able. He says he has run across bears in the forest before, but has never been attacked. It is said that typically, bears don’t attack unless threatened. But, as Mr. Lopukhin said, “These animals do not attack people unless they are touched or provoked. But, of course, there are exceptions.”

Indeed there are exceptions. If there is anything we all should have learned from reading children’s fairy tales, it’s that we need to be careful in the woods. There are bears out there.