MIRACULOUS: Opossum Survives Shots To The Head And Torso!

If only everyone could be as lucky as this opossum! 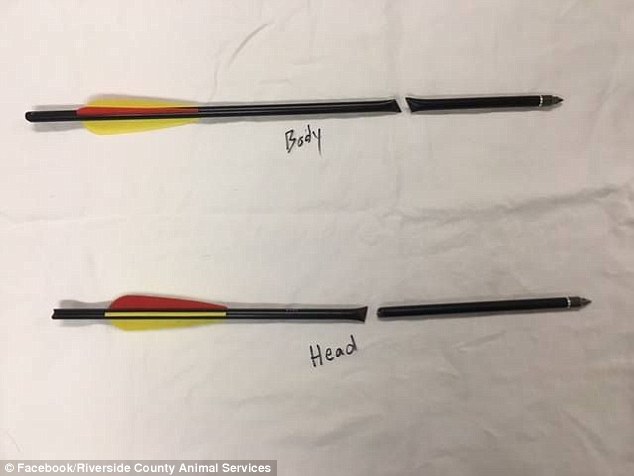 An opossum was found in California on Friday after being shot in the head and torso with what appeared to be crossbow arrows.

Riverside County Department of Animal Services were amazed by the opossum’s survival after it was found trying to remove the arrows near an intersection in the city’s La Sierra neighborhood.

The arrows, described in news release from the department as ‘crossbow arrows’, struck the marsupial the the side of its body and near its right eye.

Animal officials responded to the scene after a caller reported the wounded animal’s location.

‘The animal was very alert and you could tell it was trying to remove the arrows itself,’ the department of animal services’s Sgt Cynthia Lee said in the statement.

‘The opossum was grabbing the arrow on its side. What a horrible thing to do to an animal,’ she added.

The opossum survived the surgery and is now recovering at the animal hospital. 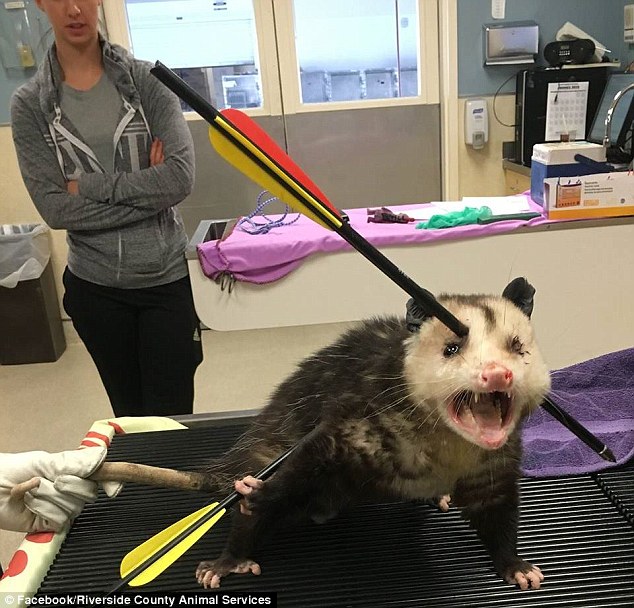