Mom Fools Doctors Into Thinking Her Kids are Dying – So They Medicate and Operate, Now THIS…

When parenting and mental illness collide, bad things can happen, even if it’s something that is beyond anyone’s control. Kate Parker apparently suffers from Munchausen by proxy, and tricked doctors into giving her children surgeries and medication they did not need. 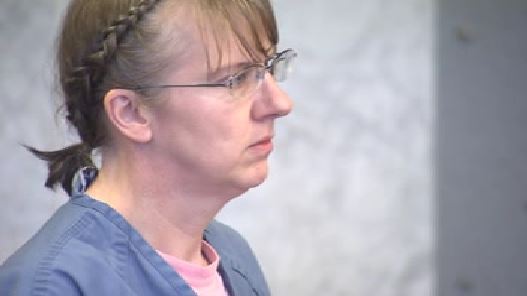 Katherine ‘Kate’ Parker, 45, of Grants Pass, on Monday pleaded no contest to five counts of fourth-degree assault, reckless endangerment and first-degree mistreatment involving three of her children, among them two special-needs girls she had adopted from the Ukraine.

As part of the agreement between the prosecution and defense, which was reached less than a week before Parker had been scheduled to go to trial, the Oregon woman was sentenced to five years’ probation and 180 days in jail, which she had already served.

The plea deal stipulates that Parker must undergo a psychological evaluation to make sure she is not a danger to her children, make no medical decision for her kids and have no unsupervised contact with the three victims, who are now aged six, eight and nine, reported OregonLive.com.

Ms Parker was arrested in 2014 on suspicion of medical child abuse targeting her biological son Joshua and two adopted daughters.

Prosecutors had argued that the church-going stay-at-home mom ‘knowingly caused physical injury’ to the three children by tricking doctors into performing dozens of medical procedures, including brain surgery, and giving them powerful prescription drugs they did not need.

Officials had contended that Parker was suffering from Münchausen Syndrome by Proxy (MSBP) – a well-documented disorder in which parents fabricate illness in a child to draw attention to themselves.

But Parker’s defense attorney, Lisa Ludwig, placed all the blame on the medical professionals whose help her client had sought for her children.

Parker’s extremely complicated case, which had been slowly winding its way through the court system for the past two years, in December became the subject of an in-depth investigation carried out by Northwestern University’s Medill Justice Project.

According to the Medill report and court filings, Katherine Parker’s troubles began in 2013 when her son Joshua, who was seven years old at the time, was taken to Randall Children’s Hospital for pain medication management ahead of being placed in a hospice facility.

The child had been diagnosed with spina bifida and other medical conditions, and appeared to be dying, prosecutor Susan O’Connor wrote in 2014.

A pediatrician at the hospital reviewed Joshua’s medical records and concluded that the seven-year-old ‘was subjected to major and minor surgical procedures that were medically unnecessary,’ reported the station KOIN6.

The doctor claimed that Katherine Parker misrepresented what physicians had told her and that she provided inaccurate history’ about her son.

… In the course of the probe, police had learned that Parker and her husband in 2010 adopted two Ukrainian girls, named Bethany and Hannah, suffering from Down syndrome.

‘Although they were both able to feed by mouth when they were living in the Ukrainian orphanage, within a relatively short period of time of coming into [Parker’s] care, both girls had G-Tubes installed and failed to thrive,’ prosecutor Susan O’Connor wrote.

By 2012, Parker began saying that one of the girls was dying. A medical review later found that both children ‘had undergone surgical procedure that were medically unnecessary.’

In the wake of Parker’s arrest, one of the daughters was adopted by another family and the other wound up in the foster care system.

Her son Joshua will be living in her household, but under the plea deal Parker will not be able to interact with him without another adult present.

This seems to be nothing more than a tragic case. This woman doesn’t need time in prison; she needs psychiatric help.