You can’t stay a fugitive for long, especially with a toddler in tow as cute as Lilly Everett. After being featured on ‘The Hunt with John Walsh’, she pretty much had numbered days. The reason why she took her daughter? Vaccinations. Yes, really[1]: 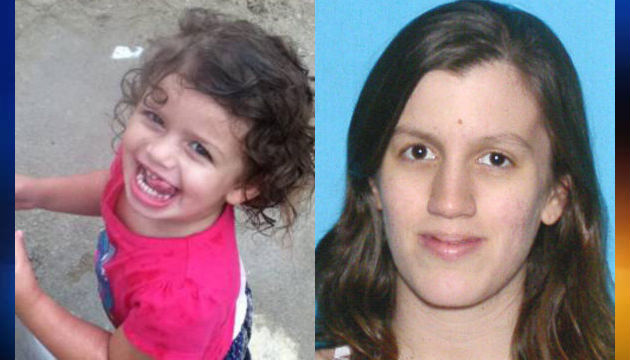 A Sunrise woman who disappeared with her 2-year-old daughter in May 2014, reportedly to avoid having the girl vaccinated, was caught Monday and arrested on a federal parental kidnapping charge, authorities said Monday afternoon.

Megan Elizabeth Everett, 23, was taken into custody without incident in Palatka and her daughter, Lilly, now 3, was found safe. The arrest was made by Putnam County Sheriff’s deputies and the FBI.

Authorities received a tip that led them to Everett, the FBI said. The case was featured on CNN’s “The Hunt with John Walsh” this weekend.

Lilly’s father, Robert Baumann, 27, of Davie, said he got the call he’d been waiting for around lunchtime.

She was last seen with her mother, Megan Elizabeth Everett, on May 6, 2014, when Lilly’s father dropped her off as part of a shared custody agreement.

“It’s so great, I’m so relieved,” Baumann said in a phone interview with the Sun Sentinel as he drove to Palatka to be reunited with his daughter. “It just kind of stunned me; I felt like I was running around with my head chopped off.”

Baumann said investigators told him the tip came from a landlord who was renting out a property to Everett, who may have been using a false name.

Lilly was being called “Mary” during the time she lived in the Palatka area, investigators told Baumann.

“[Everett] told the guy she wanted to live in the country and wanted to home-school the kid,” Baumann said.

He said he was at work when investigators called him and told him they had what appeared to be pretty solid information about Everett’s whereabouts.

“About 20 minutes later, they called back and they said Megan was in handcuffs and Lilly was safe,” Baumann said.

Everett was wanted for more than a year for the alleged parental kidnapping.

She is being held in Putnam County and will be extradited to Broward County to face the charge, investigators said. Lilly was placed in protective custody for a short time.

Shortly after 9:30 p.m. Monday, Baumann said he and Lilly had been reunited and were on their way home from Palatka.

“I am so happy to finally have my daughter back safe,” he said in an email. “We have a long drive home.”

Thank goodness Lilly is back home, safe and sound with her Daddy and very eager to see Grandma and Grandpa, I’ll bet. It must have been so confusing to her to have her mother calling her by a different name, while not seeing her dad. Glad that this mom will be facing charges for her actions.

You can watch video footage here.[3]

Written by Katie McGuire. Send your hate mail to the author at [email protected], or feel free to mean tweet me at @GopKatie[4], where I will be sure to do very little about it.