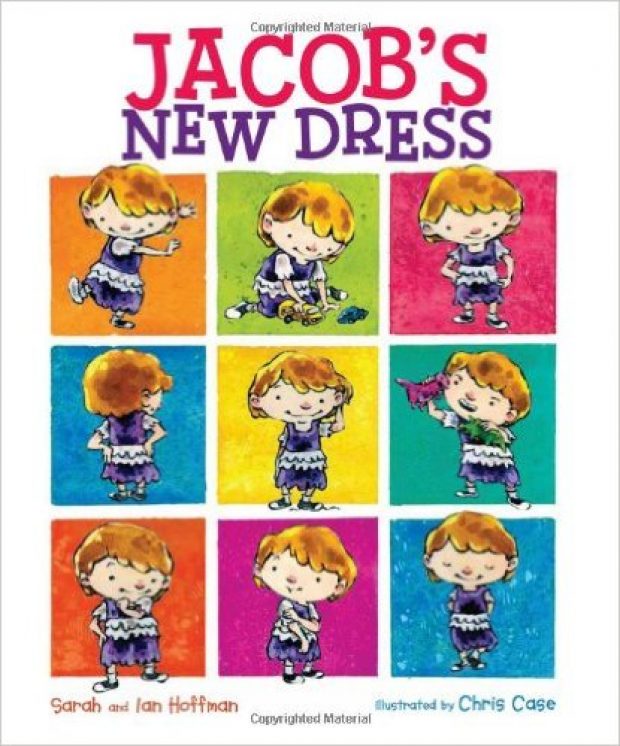 If you remember, the who HB2 “bathroom bill” issue originated due to the Charlotte city council passing an ordinance requiring business owners to allow the gender confused to use whichever bathroom they want. Now, the school system tried to pull another fast one

(NY Times[2]) The Charlotte-Mecklenburg Schools system in North Carolina was going to use a book about a boy who likes to wear dresses as part of a first-grade lesson on what to do when someone is bullied.

But school administrators this week pulled the book, “Jacob’s New Dress,”[3] after critics complained about its content.

The book came under fire from the North Carolina Values Coalition[4], a conservative group that promotes “pro-family positions,” according to its website.

Tami Fitzgerald, the executive director of the coalition, said that no notice was given to parents about the book and that it was sprung on teachers only days before it was supposed to be used.

“I read the book online,” she said. “It’s clearly geared to young children. The book is meant as a tool of indoctrination to normalize transgender behavior. I think a lot of parents would object to that.”

She said a teacher tipped off the coalition, which emailed its members, issued a news release[5] and was organizing a petition when the school system reversed course.

“We believe the purpose of first grade is to teach writing, reading and math and not to teach boys to wear dresses,” she said.

One would think reading, writing, and math would be the purpose of first grade, but, the Social Justice Warrior element (read: nutjobs) in education are attempting to use schools more and more for their wackadoodle ideas more and more.

The NY Times has a very leftist view in describing the book, that it’s about how Jacob likes to wear dresses, so his parents let him wear a dress to school, and how oh so supportive his parents and teachers are in the face of another student complaining about Jacob wearing girls’ clothes. And includes silly stuff from the book’s writers. Let’s head to the Daily Caller[6]

In the book, a schoolboy, Jacob, wants to wear a pink dress. Instead of teaching their son that dresses are for girls, Jacob’s parents decide to sacrifice their son’s mental health; they even make the boy a new dress and send him to school adorned in the garb of the opposite sex.

Leftists just can’t help pushing their insanity on Everyone Else.