NY Times: The Economy Can’t Grow Without Free Birth Control For Women Or Something 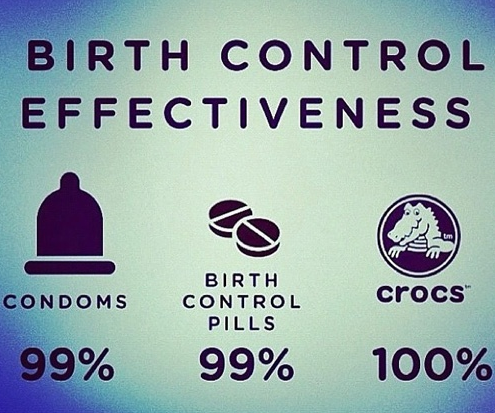 See, on one hand, Democrats tell us that women are strong, that they can stand on their own two feet and compete, they’re enabled. Then they tell us that women are hothouse flowers in need of having Someone Else pay for all their things and give them stuff, and that the government should force businesses and private entities to comply, along with the government giving them stuff. It’s even more fun when it’s Democratic men being the ones who are Demanding that government force business and private entities to give them things like birth control, and come up with Reasons to do so, as we see in this NY Times op-ed by Bryce Covert

This month, 41 Democrats introduced a bill[3] with a simple mission: It would undo the Trump administration’s recent change to the Affordable Care Act that paves the way for virtually any employer to deny its employees access to contraception without a co-payment. Before President Trump’s new guidance, the law required nearly all employers to offer workers health insurance plans that include contraception without cost. But the new rules[4], effective immediately after the announcement, allow any employer to request that the government let it opt out based on religious or moral objections.

In a statement on the bill, Senator Patty Murray, Democrat of Washington, said that “birth control is about being healthy and financially secure.”

Indeed, while access to contraception is clearly about women’s health, it also profoundly affects the economy. The easier it is for women to obtain birth control, the more able they are to gain education and employment. That has been enormously important for the economy. The opposite, however, can be just as true. Mr. Trump has promised economic growth at rates we haven’t seen in decades. His actions on contraception are at odds with that.

This is the way Democrats think: that having Someone Else be forced to pay for contraception is the same as availability. And that those Someone Else’s deeply held beliefs must be sublimated, and plain ignored, in order to provide free birth control, abotifacients, and sterilizations to women. Because in Liberal World, women aren’t strong enough, aren’t good enough, aren’t capable of earning the small amount needed to pay for birth control monthly.

The ability to opt out of offering no-cost contraception, then, is not just about religious objections. Obamacare lifted an enormous financial burden that women alone had to bear. Before the A.C.A., 85 percent[5] of health insurance plans at large companies offered contraceptive coverage, but most required at least a co-payment. Individual women paid about $250[6] a year. Now the president has given insurance companies a way out of taking on that burden.

In other words, Democratic male Covert and the NY Times think that women can’t afford $250 a year, because they aren’t strong enough, so, sure, let’s force religious entities to give up their 1st Amendment Rights.

We don’t know yet how many employers will opt out of providing their employees with no-cost birth control under Mr. Trump’s rule change. Women who work at the employers that do opt out could face yet another barrier to staying in the labor force.

In other words, no one is really doing this, except for a few who are religious based. It’s Blamestorming at it’s worst, and treating women like children who must be coddled and controlled, while inventing an excuse to blow off people’s morals and religious beliefs.