NYC Chiropractor And Wife Jump to Their Death Together – ‘We had a great life, look after our kids’

Suicide is always a senseless tragedy. But one case is capturing headlines across the country, because it involves a joint suicide. A husband and wife jumped to their death in New York City together[1], leaving behind suicide notes begging for their children to be taken care of. 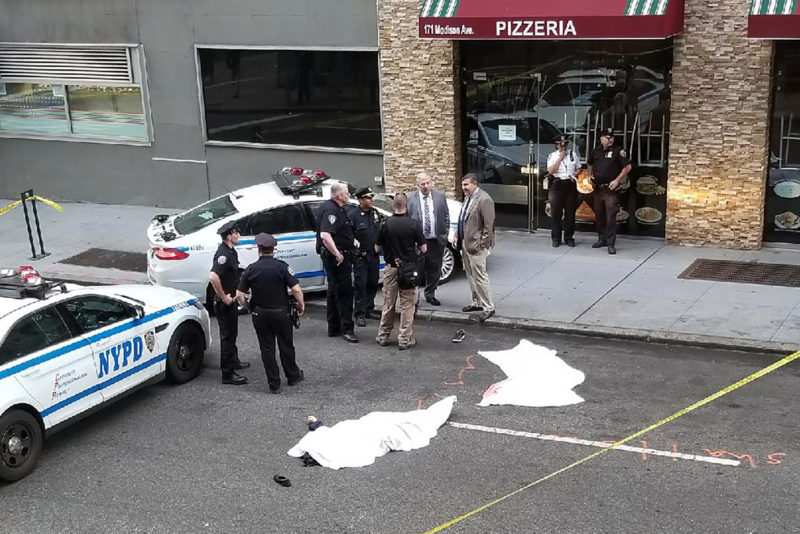 Glenn Scarpelli, a chiropractor, and his wife Patricia, were reportedly so troubled by their financial troubles that they felt there was no other option than to take their own lives. The Scarpellis lived near Wall Street in New York City with their two children, who were 19 and 20 years-old. But tragically, they killed themselves, going uptown to Glenn’s former chiropractic office, which had recently closed.

Located in a 17-story office building near the Empire State Building, the two jumped from a window of the office, which was located on the ninth floor. When police arrived, the entire block was shut down as they investigated.

Both Glenn and Patricia left suicide notes behind in a ziploc bag, blaming their “financial spiral” for their decision to take their own lives. Glenn’s note spoke of how they “had everything in life,” but said that they “can not live with” their “financial reality.” Patricia asked that their children be taken care of. The couple had been struggling with their finances since at least the late 1990s, including being pursued for dozens of tax liens by federal and state authorities. Records showed that Glenn had also failed to pay back a student loan for his medical education. He also owed about $213,000 to the federal government and nearly $42,000 to the state in unpaid taxes. Despite their financial difficulties, though, the couple sent their children to an exclusive private school, the Loyola School on the Upper East Side.

A neighbor said that she had noticed that each time she came across Glenn, he appeared to have been drinking. It’s truly tragic that both of them felt they had no better option than to take their own lives and leave their children as orphans.