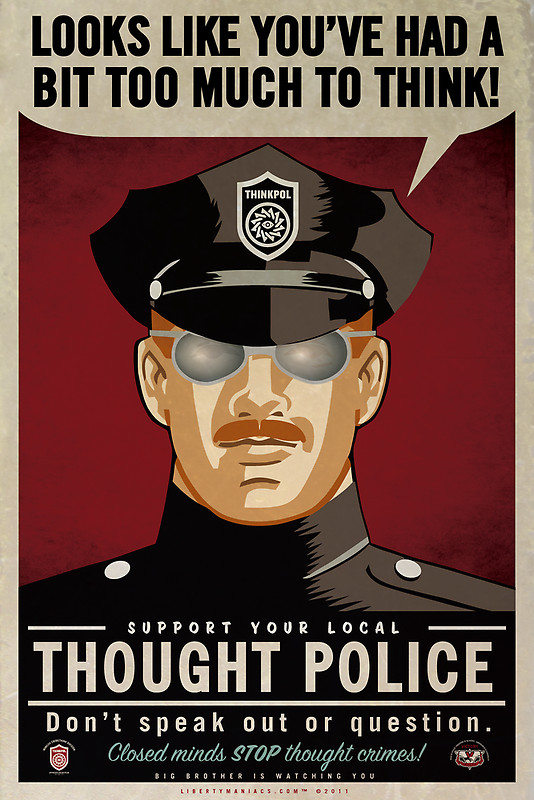 Wrongthink must be investigated, you know

(NY Daily News[2]) Police at the University of Central Florida are investigating a viral Facebook event intended to teach people how to find and report undocumented immigrants — but the event’s creator claims the social media effort was just a “joke.”

“Help dirty illegals meet their fate at the hands of La Migra!” a post for the event reads.

The Facebook page for the gathering, organized by members of an “underground” group at the school, bills it as their “first major attempt to report immigrants to the ICE, INS and DHS!”

Organizers promised “an in-depth tutorial” that will “teach you how to report to each network, and how to find illegals via social media.”

The event was originally scheduled to be held on Sunday at Bar Louie, just across the street from the Orlando school. A second event, however, later replaced the first and placed the gathering at the White House on Saturday.

But the event’s unidentified creator told the Orlando Sentinel [3]that the whole thing was a hoax.

So, the entire thing was fake. Even if it wasn’t, this would be a Constitutionally allowed gathering of people who are attempting to uphold the immigration laws of the United States. But, Wrongthink

UCF police spokeswoman Courtney Gilmartin said the university is investigating the event and that the Orange County Sheriff’s Office has been notified.

“Diversity and inclusivity are woven into the fabric of UCF,” she said in a statement. “The university is committed to continuing to uphold these values and being a place where all students can learn and grow.”