The power of mega tsunamis: Video reveals how a wave could wipe out the ENTIRE east coast of the US

Tsunamis are one of the most devastating and fatal natural disasters man has ever experienced. In recent history, the two most destructive[1] events came about in the Indian Ocean in 2004 and Japan in 2011 – wiping out nearly 300,000 people in total and causing more than $315 billion dollars of damage to infrastructure and more. 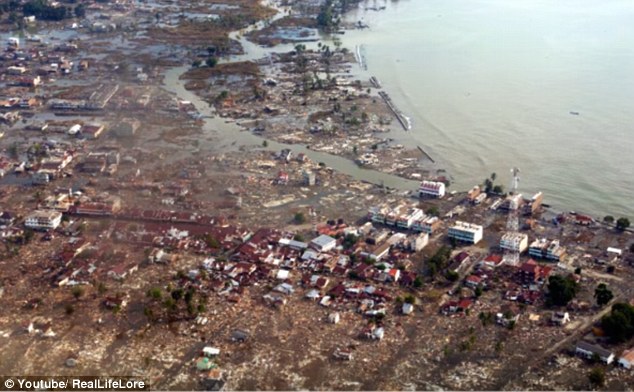 However, these ‘normal’ tsunamis are no comparison to another class of massive waves known as ‘mega tsunamis’.
Throughout the Earth’s existence, it has experienced a handful of these and the most famous may even be the event that took out the dinosaurs – starting with the asteroid that generated a wave up to 3.1 miles high.

The YouTube channel called, ‘RealLifeLore’, made a video post last week entitled ‘How Big do Tsunamis Get?’

‘Tsunamis are some of the most powerful and deadliest forces of nature, within recent memory you may recall both the 2004 Indian Ocean and 2011 Japan tsunami – both of which resulted in catastrophic damage and loss of life.’

More than a decade ago, 250,000 people were the victims to what is now called ‘the deadliest tsunami in history’. The earthquake that came about in the Indian Ocean discharged more energy than every explosive that was detonated in World Word II combined – which so happens to include the nuclear bombs, according to RealLifeLore. What was left over, was the energy that created a wave that was 100 feet high in some places. 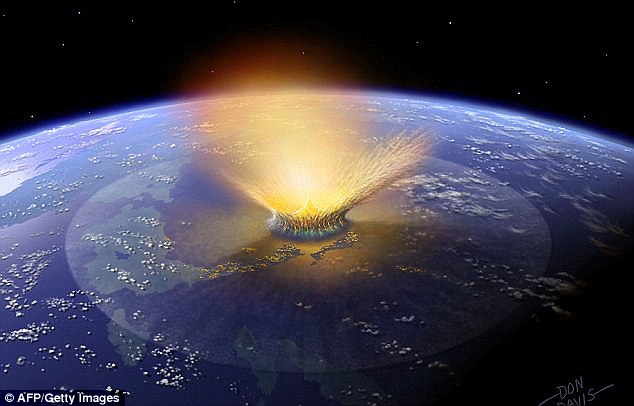 Although Japan’s tsunami in 2011 did not have as large of a causality rate, about 2,500, it caused an estimated $300 billion worth of damages to the country. The earthquake yielded waves as high as 133 feet, which comes up about 16 feet shorter than the Statue of liberty.

Although these events brought mayhem and ravaged these areas, they aren’t the astronomical ones that used to strike the Earth.

‘Unlike a regular tsunami that is created by an earthquake, a mega tsunami is usually created when a massive amount of material suddenly falls into water which displaces that water into a huge wave.’