Reclusive Son Lives With Dead Father For Up To FOUR MONTHS

I understand not wanting a parent to pass away, but this man took it way too far when he propped his dead father[1] up in an armchair for an estimated four months after he passed. 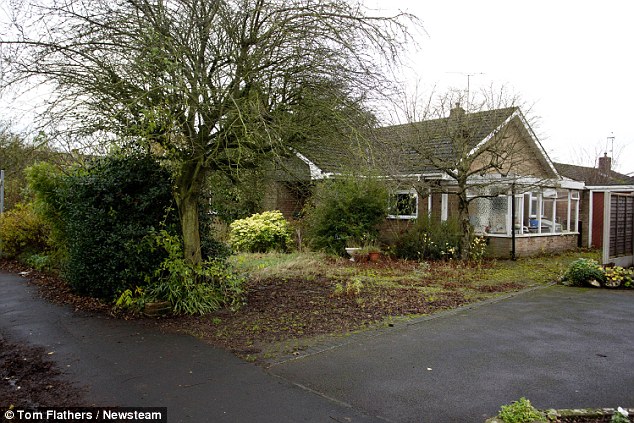 A reclusive son lived alongside his dead father for up to four months and was only discovered when a neighbour spotted a skeleton in an armchair, an inquest heard.

When 94-year-old Kenneth Brown suffered a fall following a fire in his bedroom at his home in Stafford, his son Timothy, 59, propped him back up into his chair.

A day later Timothy found his father had died, but instead of calling 999 left the pensioner to decompose while he continued to live in their house.

An inquest at Cannock Coroner’s Court heard that when a neighbour popped round to visit on October 18, 2014 he peered into the living room and saw Timothy, sitting next to his father’s skeleton.

The hearing was told that the decomposing body may have been sitting there for as long as four months, and that Kenneth had last been seen that April.

Timothy had been his father’s sole carer for more than 10 years after his mother had passed away in 2004. The pair were described as reclusive ‘with hardly any visitors’.

Because of the state of decomposition of the body, a post mortem examination was unable to ascertain a cause of death. However, it did reveal a number of fractures to Mr Brown’s ribs – which were put down to a fall out of bed during the fire by investigators.

Detective Constable Andrew Weatherley from Staffordshire Police told the court how Timothy, who was not at the hearing, had said he had woken in the night and seen smoke coming from his father’s room during the fire in June last year.

He had dragged him into the lounge and sat him in the armchair, DC Weatherley said.

However, Timothy said he woke the following day to find his father had died.

He told police he did not call 999 as he could not come to terms with it.

A statement from the neighbour said: ‘The back door was open, from the kitchen I could hear the TV was on loudly in the living room. Tim was in there watching TV.

‘I spoke to Tim for a few minutes from the hall, before I opened the door fully. As I looked at the chair I wasn’t sure what I was looking at. I could see a skull, I was very shocked.’

Timothy was arrested, but after the fire service found evidence of the blaze and an investigation judged the fractures were caused by a fall, Staffordshire Police decided it was not in the public interest to prosecute him.

‘There was no obvious motive for him to cause the death of his father and it was decided he should not face criminal charges,’ said DC Weatherley.

‘The pair were very reclusive until the alarm was raised by a neighbour.

‘It is not possible for me to conclude that this was an accident as there is one piece of the jigsaw missing.

‘Kenneth was last seen alive in April and his body was found in October but because of the decomposition of the body a cause of death cannot be ascertained.’

She concluded an open verdict over his death.

This is certainly a bizarre and unfortunate case. I hope the son finds a way to cope with his father’s death.