What Do YOU See In This Viral Image? Millions Were Able to Spot It; Are You?

A seemingly normal picture of a group of friends on vacation has taken the Internet by storm. While it appears to be some girls posing together, upon closer inspection, some eagle-eyed viewers spotted something strange[1]. Can you tell what it is? 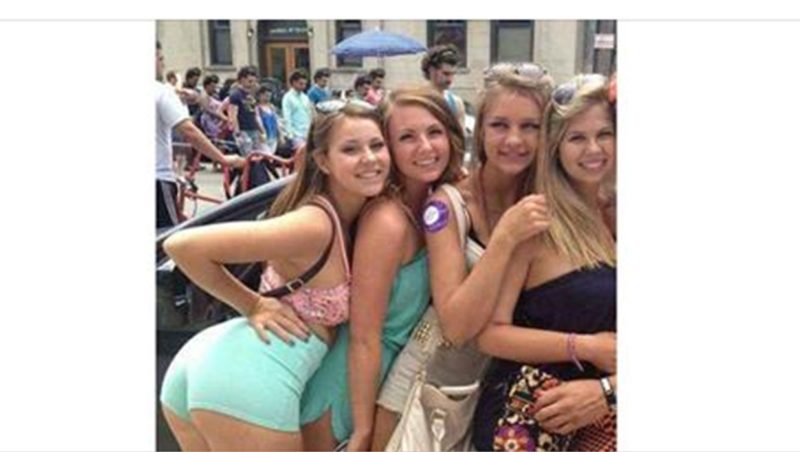 The photo was originally posted to Imgur on June 1st and was captioned, “It took me forever to find what was wrong here…” What was wrong was that just about every single person in the background has had the same man’s head photoshopped onto their bodies, even the women. Once you see it, you can’t un-see it.

So far, the image has spread like wildfire, having been viewed over 490,000 times on Imgur alone and racking up comments from over 700 people. “I wouldn’t have even known there was something wrong if it wasn’t for the title,” one person wrote. Another took their inspiration from the Tears for Fears song “Mad World,” writing, “All around me are familiar faces.”

But others couldn’t help but point out the obvious — they were distracted by something else: the pose of the girl on the far left, who seemed to be sticking out her backside rather prominently in her short-shorts. “Love that booty, but then again … EVERY GUY IS THE SAME,” one person wrote. Another person agreed, saying, “I just kept getting distracted by that booty.”

There was also something else wrong with the photo, according to another viewer: the image had been reversed. “There is a second thing wrong,” they wrote. “The image is reversed — all the writing is backwards.”

Another photo went viral in May: 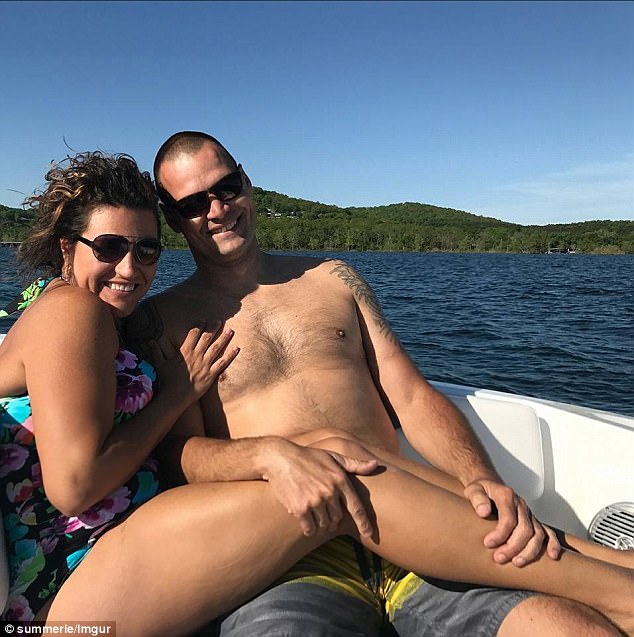 The photo, at first glance, appears to show a naked man sitting on a boat with his legs spread apart. But it’s actually a photo of a man sitting with a woman, who has her legs resting on his lap. The shocking photo turned out to be not-so-shocking after all! Still, almost two million people viewed the image.

“I went from, ‘Oh she’s naked’ to ‘Oh he’s naked’ to ‘Oh,'” one person wrote. “At first, in the thumbnail I thought he was totally naked,” another commenter said. “Then I realized that was his hand. Then I clicked it and realized it was her legs. Then I went back to the thumbnail and I thought they must’ve done that intentionally. Then I clicked it again and realized they didn’t. This post has been an absolute emotional rollercoaster for me but without emotions involved cause I really don’t care all that much and it was only 10 seconds but then it took me like another minute to write out this comment.”

Did you figure out the tricks in the photos, or were you fooled?