We occasionally[1] hear stories of people finding horrifyingly disgusting items in their fast food order, but this is revolting on a whole new level. 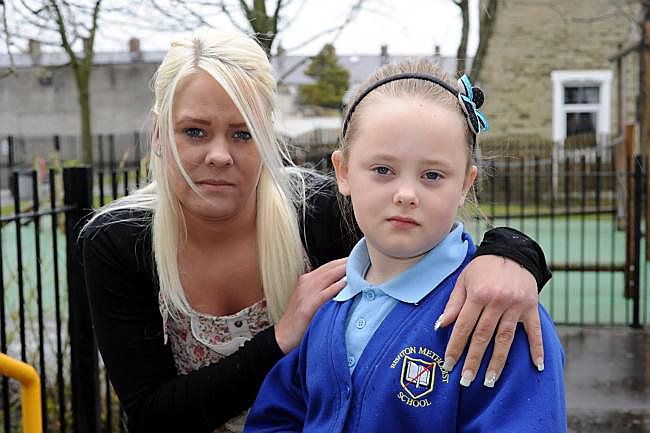 An eight-year-old girl found a creepy crawly in her KFC wrap.

Jessica Taylor was horrified when she discovered an insect in her Original Recipe Chicken Burrito.

Her mum Crystal Atkinson-Taylor, 28, says it has put her off the fast food chain for life – insisting she will never take her children there again.

Food hygiene officers are set to visit the branch and KFC has apologised to the family, suggesting the use of fresh products is to blame for the added ingredient.

Ms Taylor, a supervisor at The Card Factory, visited KFC in Hyndburn Road, Accrington as a treat for Jessica and her sister Abigail.

After she had plated up the takeaway at their home, in nearby Church, the youngster opened up her wrap discovered the unwelcome visitor. 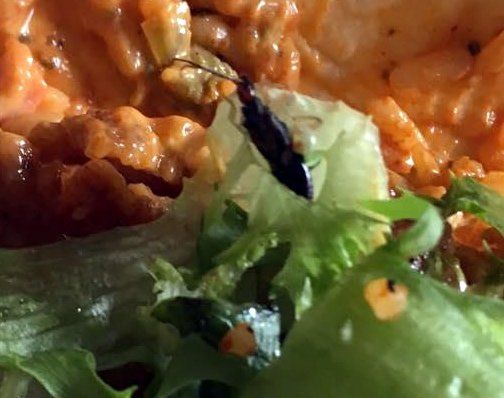 Ms Taylor said: lI could not believe it, it was absolutely disgusting. We all spat our food out in shock after we saw the horrible insect inside.

‘I immediately took it back to the KFC and complained to the manager. She looked just as horrified as I did and took the food off me and give me a refund.

‘It’s completely disgusting that an insect can make its way into your food like that. They’re supposed to be handmade so someone must have noticed it.

‘Jessica and my other daughter Abigail, who is seven, couldn’t eat food for almost a day as they were scared it would happen again.

‘Jessica said she won’t eat lettuce ever again. It makes me feel sick and angry every time I think about it too.’

After complaining the mum-of-two was given a full refund by KFC, which included other meals and cost around £15. She said: ‘I have eaten those wraps dozens of times. It’s definitely put me off KFC for life. I will never be going there or give it to my children.’

A KFC spokesperson said: ‘It’s very rare, but this does happen from time-to-time when working with fresh, natural produce grown in the great outdoors.

‘It’s not nice and we’re sorry it happened, but as shown by our team members at this restaurant we’ll always put things right if a customer lets us know there is a problem.’

I personally don’t blame the family for refusing to eat at KFC anymore, but accidents DO happen. As long as they don’t have bugs crawling all over the kitchen, I think it’s fairly safe to eat there. That being said, the employees need to be much more careful about the food they serve.