Are We Supposed To Think This Is NORMAL? Because… I REFUSE! [VIDEO]

When the LGBT lobby started advocating for gay marriage to be legalized, many people warned that it would lead to a slippery slope, with the institution of marriage becoming weakened and disrespected. Things like polygamy would be the next to move into the mainstream — and of course, liberals sneered at this argument. Think they’re still laughing now[1]? 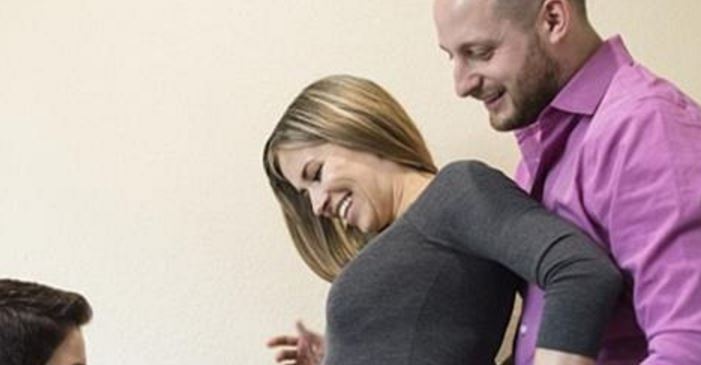 Adam Lyons is a British man who calls himself the luckiest man in the world. Why? Because he’s in a relationship with two women and the three of them call themselves a “throuple.” They not only live together, but the three even sleep together, in one giant super-king sized bed. His two girlfriends, Jane Shalakhova and Brooke Shedd, somehow like this arrangement, too.

Lyons has already fathered children with Shedd and now he’s expecting a baby with Shalakhova. And all three of them raise the children together. “It’s so sweet that we all get to parent and raise the kids together,” he said. “We have talked about it at length and we all consider ourselves parents to the children.”

It may sound crazy, but they insist that it works. “For us, three people works because it enables us to manage daily life so much better,” he explained. Somehow, most everyone else in the world manages to do it with just two parents — some even with just one! — but for these three, they seem to think that no one can handle kids without three people.

“So many of our friends are in ‘normal’ two-person couple relationships with kids, jobs and all the other typical responsibilities and I see them struggling to juggle their lives. It’s difficult with two people,” he said. “But with three parents, we always have the ability for one person to look after the kids,” he explained. “As a result, we never begrudge each other anything because we all have lots of time. With three people, it’s logistically so much easier to handle all those things – we share out the responsibilities and it fits our sexual preferences too.”

Bonus for Adam: both of his girlfriends are bisexual, too.

Next on the horizon? You guessed it: marriage. “We haven’t got any solid plans for a wedding just yet but it’s on the cards. Prior to that, I’m bringing Brooke, Jane and the kids to England before she gives birth,” Lyons said. “I want to celebrate our pregnancy with my loved ones in Britain.” And as if their relationship wasn’t crazy enough, the three are also non-exclusive, so they sleep with other people, as well. So, it really begs the question: why even bother getting married to begin with?

What do you think about “throuples?”