Sweden Has a Problem with Packs of RADIOACTIVE WILD BOAR — Yes, Really [VIDEO]

When I was a kid, adults would always joke about high levels of radiation causing mutations in animals or myself whenever we went on a camping trip close to the nuclear power plant. I always wondered where this myth came from. Radiation causing me to grow an extra arm or catching a 3 eyed fish seemed pretty implausible to me at the time. But what did I know, I was 12. Well, it looks like the wild boars in Sweden may be headed in that direction. Radioactive wild boars, you can’t make this stuff up. 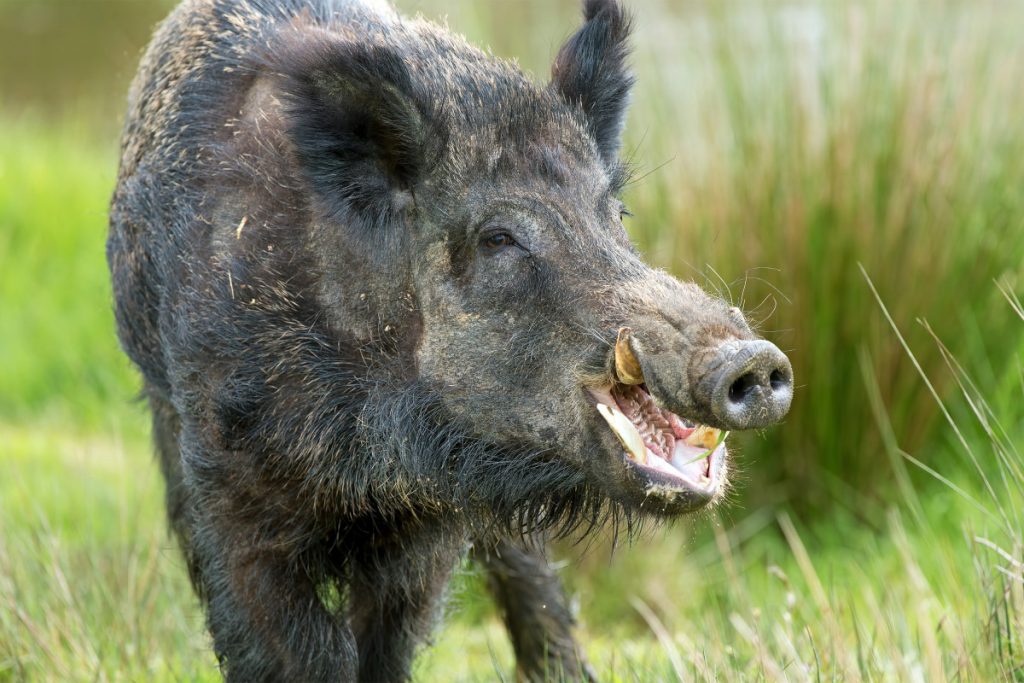 Chernobyl, a black eye of the Soviet regime, spewed radioactive particles all over Sweden 31 years ago. This has still left the hunters in the area wary of eating the animals. I would be too if an animal I killed had 10 times the safe level of radioactivity.

Ulf Frykman, who works for Calluna, an environmental consultancy firm, issued an alert this week telling everyone how to pronounce his name. I’m kidding, he told local hunters in Gävle about “extremely high” radiation levels among the boars there.

“This is the highest level we’ve ever measured,” he told the Telegraph in the UK. Safe radiation levels are considered 1,500 becquerel per kilogram (Bq/kg). Only 6 out the 30 animals his team has tested this season were below that range. One of the animals tested in Tärnsjö had a level of 16,000 bq/kg.

All this has confirmed for me is something that we’ve already known forever: pigs are gross. Because they relentlessly bury themselves in mud and soil, they have a predisposition for radiation exposure. The radioactive cesium got absorbed by the soil and that’s their playground. Mr. Frykman only expects their findings to get worse. Some areas north of Tärnsjö are likely more than twice as contaminated.

“When they reach our worst areas, we’re expecting maybe 40,000 Bq/kg — that’s starting to look like 1986 for us all over again,” Mr Frykman said. “Wild boar root around in the earth searching for food, and all the cesium stays in the ground. If you look at deer and elk, they eat up in the bushes and you do not have not so much cesium there.”

The nuclear reactor in Chernobyl in 1986 released around 400 times the radiation than the atomic bomb in Hiroshima. Some animals around Gävle had radiation levels of 50,000 Bq/kg. This new discovery has caused farmers to become nervous about the devastation the boars will unleash on their crops if hunters are unwilling to control the population.

“There are more and more of them, and when they come, they come in large numbers,” said Mia Brodin, a local farmers’ association member. “They dig deep holes in the fields, and then you destroy your tractor. The crops are destroyed and they eat food you put out for your livestock.”

This is pretty disturbing and I’m sure PETA has something to say[2] about this, I mean they always do.

This is what radiation can do to a city. I’m grateful we live in America where our safety standards are much higher. We’ve lost exactly 0 human lives due to nuclear power in America, let’s keep it that way.