There are several things we can learn from this man’s experience[1], not the least of which being that even if you’re told it’s okay to step on a glass floor, it’s probably not and you shouldn’t do it. 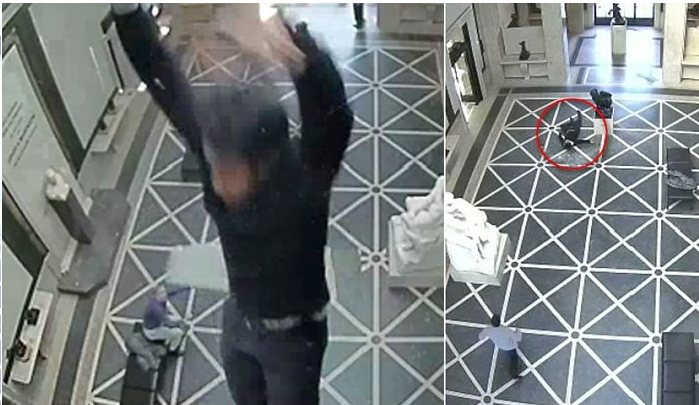 An engineer who almost died when he plummeted 40-feet through a glass ceiling at the Philadelphia Rodin Museum has reached a $7.25 million settlement with them and its security company.

Engineer Phani Guthula, who was 27 at the time of the November 2012 incident, was inspecting lights in the attic when he fell, suffering fractures to his femur, hip, pelvis, ribs, and elbow.

He was hospitalized for more than 45 days, has had more than 15 surgeries and his lawyer said the accident was so horrific and frightening it could have had the same title as Rodin’s famous work, ‘The Gates of Hell’.

Guthula had been escorted to the attic by a security guard to check on the lights and had been told that it was safe to step onto a glass paneled surface by the guard.

The incident has left him in need of constant medical attention and the Philadelphia Museum of Art and AlliedBarton Security Services agreed to pay up before the case was due to go before a jury last week.

Guthula, who was working for engineering firm ICF International was completing an energy audit of the building, which had recently applied for an energy rebate after a $9 million renovation.

To conduct his survey he needed access to the to the museum’s attic and realized he had to step onto the glass to inspect the lights.

The female security guard said that it was safe to put his weight onto the glass, but instead the glass shattered and he fell four stories to the museum’s stone floor.

The floor below was open to visitors at the time, who rushed to his aid after calling security.

He suffered numerous fractures and body trauma from ‘head to toe’, his lawyers said.

In his lawsuit, Guthula’s attorneys, Larry Bendesky, David Kwass, and David Langsam said that he was not properly warned about the dangers of standing on the glass and was on the panel for more than five minutes.

Their court filings added that Guthula has slightly recovered but has difficulty walking, suffers fatigue and head trauma means he cannot concentrate for long periods at a time.

However, they added that he is engaged and is to marry soon.

A spokesman for the Philadelphia Art Museum told the Philadelphia Inquirer that the museum, ‘has always adhered to the highest safety standards and compiled with all legal requirements regarding safety.’

I can go the rest of my life without walking on one piece of glass and I won’t feel like I missed out.