Belle Gibson is hardly the first person to want to make a name for herself. But the way she went about it is unexcusable: she pretended that she had brain cancer, and claimed she cured it by eating healthy foods and living an alternative lifestyle. 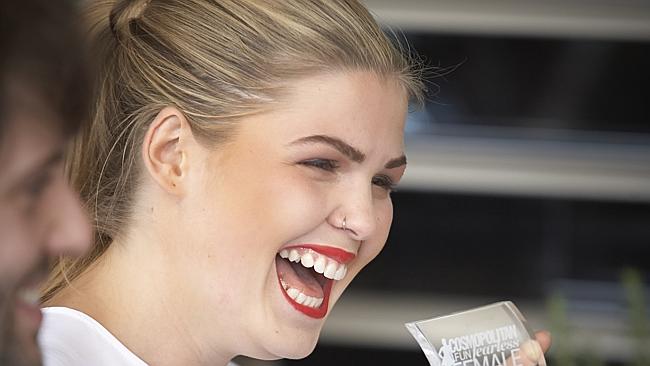 After months of speculation – and years of her friends’ doubts – Whole Pantry founder Belle Gibson has admitted she never had cancer.

With her business empire destroyed and her online community in tatters, Gibson today admitted her fatal cancer ‘diagnoses’ were lies.

‘No. None of it is true,’ she said, during a series of interviews published in the latest edition of the Australian Women’s Weekly.

In the interviews – which questioned her relationship with the truth and her understanding of cancer – Gibson said she was not seeking forgiveness.

‘I don’t want forgiveness. I just think (it) was the responsible thing to do. Above anything, I would like people to say, ‘Okay, she’s human’.

… Her Instagram fan base ballooned after she ‘revealed’ she had prolonger her life by embracing an alternative lifestyle.

Penguin published her recipe book and her app was to be offered on the Apple Watch.

But it all fell apart last month after revelations emerged Ms Gibson had failed to fulfil promised donations to various charities.

Friends then began to cast doubts about her cancer diagnoses.

She then tearfully ‘admitted’ she may have been ‘misdiagnosed’ by a ‘Dr Phil’.

She told her social media followers last year her brain cancer had spread to her blood, liver, spleen, uterus and that she did not expect to survive.

After friends and medical experts cast doubt on her medical claims, Ms Gibson told The Australian she may have been ‘misdiagnosed’.

‘It’s hard to admit that maybe you were wrong,’ she told the newspaper, adding that she was ‘confused, bordering on humiliated’.

How many people believed her lies and followed her advice about curing cancer through a healthy diet, that medical treatment isn’t needed — and then died? What she did was beyond the pale, because not only is she a dirty little liar, she put people’s lives at risk too, and all so that she could get herself a little notoriety.