If you ever decide to travel in the vicinity of the Indian Ocean, you might want to steer clear of the Bay of Bengal. There’s an island there about the size of Manhattan where anyone who tries to come ashore is killed. 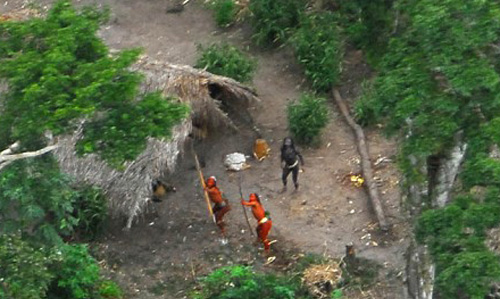 An indigenous tribe has lived on North Sentinel Island with limited contact from the outside world for the past 60,000 years. Anybody who has tried to contact the Sentinelese people has been killed, or at least drawn a violent reaction from the community. The island which rests in the Indian Ocean, is so dangerous for outsiders to attempt to visit that India’s government has established a three-mile exclusion zone to prevent more violence.

The tribe rejects modern civilization and actually prefers their no-contact status quo. Any visitors are attacked – from the two fishermen that lost their lives after fishing illegally within the exclusion zone to low-flying planes… the indigenous tribe is more than hostile towards outsiders. They violently rebut them.

Because they fight any attempts at contact so violently, next to nothing is known about this tribe — what language they speak or even how many members still remain. But one thing is known: they’re deadly accurate with their weapons.