A day at a water park is meant to be filled with fun and excitement. But for one family, it ended in unspeakable tragedy. And now, it’s finally become clear about what led to the death of a 10 year-old boy. 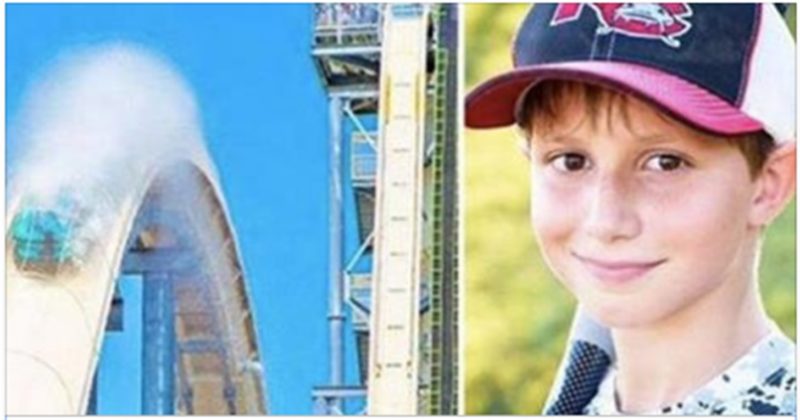 Kansas State Rep. Scott Schwab took his family to the Schlitterbahn Water Park in Kansas City in August of 2016. His two sons, 10 year-old Caleb and 12 year-old Nathan, were eager to ride Verruckt, the tallest water slide in the world. But what should have been a thrilling water ride ended horrifically instead.

Caleb had been decapitated on the slide.

“There was a gentleman who wouldn’t allow me to come close enough to see what was going on, and he just kept saying, ‘Trust me, you don’t want to go any further,'” he continued. “I kind of knew in my mind that I shouldn’t see it, that I probably don’t want to see it.”

As for Scott, he couldn’t believe the reality of what had just happened. “I said, ‘I just need to hear you say — is my son dead?’ and he just shook his head,” he said. “I need to hear it from you … is my son dead? And he said, ‘Yes, your son’s dead.'”

While Verruckt was in the Guiness Book of World Records for being the tallest water slide in the world, at 17 stories high, there were concerns about its safety. It had not been inspected since it opened two years before the accident and the harnesses were reportedly not working the day that Caleb went on the slide.

The Schwab family reached a settlement with the water park, which will go to Caleb’s three brothers. “It’s an accident, but there is an accounting because someone was negligent,” Scott said. And while the family has settled with the water park, their fight isn’t over yet. “The family continues to pursue claims against a Texas-based company, Henry & Sons, which constructed Verruckt, as well as claims against a consultant who evaluated the slide before being opened to the public,” the family’s attorneys said in a statement.

Most people responded to the tragedy with compassion and understanding — but others chose instead to cruelly be judgmental and blamed the parents for their son’s death. “I don’t think I would have let my kid on a ride that wasn’t being inspected properly,” one reader commented. “I have to agree with other people. The parents too are partly to blame for that. My heart goes out to the brother who had to witness such a traumatic accident.” How the family would know in advance that the slide hadn’t been properly inspected, however, was not explained by the judgmental commenter.

Do you think the family is to blame for the accident?