For some reason, people in the public eye don’t seem to understand that bad behavior will get them into trouble. Perhaps the problem is their egos, but that arrogance always seems to backfire. And one local TV reporter just learned that lesson the hard way[1]. 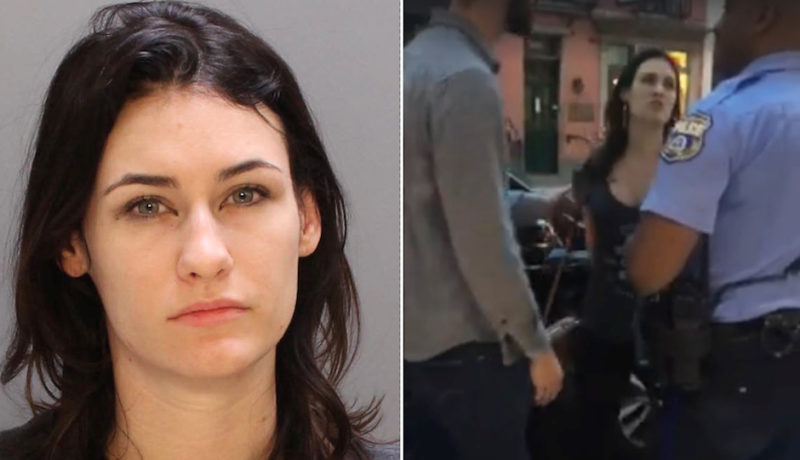 Colleen Campbell worked for a local Philadelphia news station, but she lost her job after she was caught on video screaming profanity at a Philadelphia police officer. While Campbell’s job was mostly behind-the-scenes in production, she also occasionally went on-air as a reporter.

Sunday night, she was attending a show at the Helium Comedy Club, where comedian Craig Robinson was performing. She was kicked out after being given multiple warnings for her disruptive behavior and then got into a fight with the bar staff on the way out. Police were eventually called, but Campbell’s behavior just got worse.

“You guys are f***ing dictators… you’re f***ing c**k suckers,” she said the an officer, who stood there calmly as she ranted. “I did not do s**t, I stood there and laughed like the rest of the audience like I should. I did not disrupt anybody.” The officer then told Campbell and the man she was with, to walk away, but she refused. “Or what? Or what, mother f***er? Lick my a**hole,” she retorted. “How about that? F***ing piece of s**t. That’s why nobody likes f***ing police… in this f***ing town.”

Then her behavior got even more bizarre. Campbell proceeded to spit in the face of a man standing outside of the club and then took off her shoe and demanded that the man smell it. It was at this point that Campbell was finally arrested and placed in handcuffs. “What’s that called? What’s that called? Assault? Show me videotape,” she said. “You can’t. That’s why everybody hates you guys! You can’t prove it! You f***ing piece of s***s.” She then began to scream for the officer to stop tasering her, even though all the officer was doing was placing her in handcuffs. The video ended with Campbell screaming that she worked for the news station.

Campbell was ultimately charged with resisting arrest, disorderly conduct and criminal mischief. While Campbell has since deleted her social media accounts, before she deleted them, she wrote on Facebook that she’d only had one drink and said that she thinks she had been drugged at the comedy club. She later issued an apology through an interview with Philly Mag, however, and took responsibility for her behavior.

“I feel awful. That’s not me or how I speak or how I talk or how I was raised. I had to delete all my social media, because I’m getting threats,” she said in the interview. “Everything was foggy. I do remember coming in to Helium. I do remember getting into an altercation there, but I don’t remember what it was about. I don’t know what to think. I know my limits. I’m a bartender. I didn’t feel wasted walking in. I wanna apologize to the officer. I don’t remember the whole altercation at all. I remember feeling attacked. I would never talk like that. It was like watching a whole different me.”

The apology was too little, too late, though — PHL17 fired her a few days after the video was released.