UNBELIEVABLE: A Woman Spent A MONTH in Jail and Faced FELONY CHARGES – over SPAGETTIO’s on a Spoon!

Uh-oh, Spagettio’s, indeed. Florida resident Ashley Huff was riding in a friends car during a routine stop, and police arrested her for “suspicious substance” found on a spoon. Ashley always maintained that it was Spagettio’s – but police refused to believe her!More on this ridiculous story here:[1] 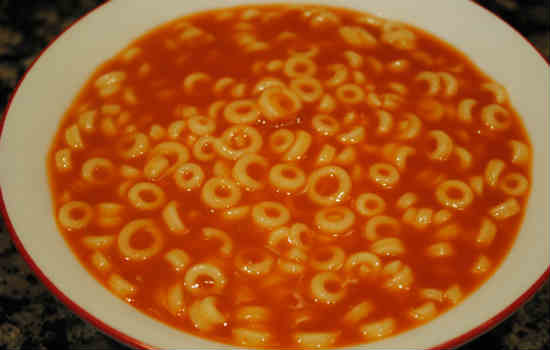 The Gainesville Times[3] reports that an police officer found Ashley in possession of a spoon which contained, according to the report, “a suspicious substance.” Believing that substance to be traces of methamphetamine, the officer arrested Ashley and booked her into jail in Hall County, located in Florida. Ashley contended from the beginning that the so-called suspicious substance was SpaghettiOs.

The officer[4] who made the stop said that, after receiving consent to search the vehicle, he found a bag marked ‘Ashley.’ His report noted that inside the bag, he found a spoon with a clear, crystal like substance. He also described Ashley as nervous with sores on her face, arms and legs. According to the officer, he conducted a field test for meth after finding a glass smoking device as well. He said his initial field tests tested positive for methamphetamine, so he arrested Huff.

After spending over a month in jail, laboratory tests have proven Ashley’s claim to be true.

Hall County assistant public defender Chris van Rossem said that Ashley was adamant from the beginning that she had never used meth and the substance was SpaghettiOs. In fact, she had never been charged with any type of felony or drug related incident. Her attorney says that, after spending, Ashley Huff was ready to admit to a crime that she knew she didn’t commit.

He said, “I think what the unfortunate part about her case is that she was probably willing to take the felony to close out her case so that she get out of jail, even though she always maintained innocence.”

Fortunately for her, all charges were dropped after the crime lab verified her story. There is no word yet whether Huff will be suing the Gainesville Police Department for her ordeal. KRON[5] in Florida reports that there is the possibility that Huff will sue the police department and the DA’s office for malicious prosecution and unlawful arrest.

Of course she should sue the police department. She was detained for a MONTH while the “crime lab” investigated her spoon. She was right to maintain her innocence – but the police actions bordered on coercion. She had no record, no meth in her system, and told the truth. The charges were unfounded and there are certainly better crimes to prosecute than this. Ridiculous.