Some people really need to get their psychosis under control, and not take it to the road. Obviously, this maniac didn’t get the memo on non crazy behavior in the world. This lady needs her license revoked, like, yesterday:[1] 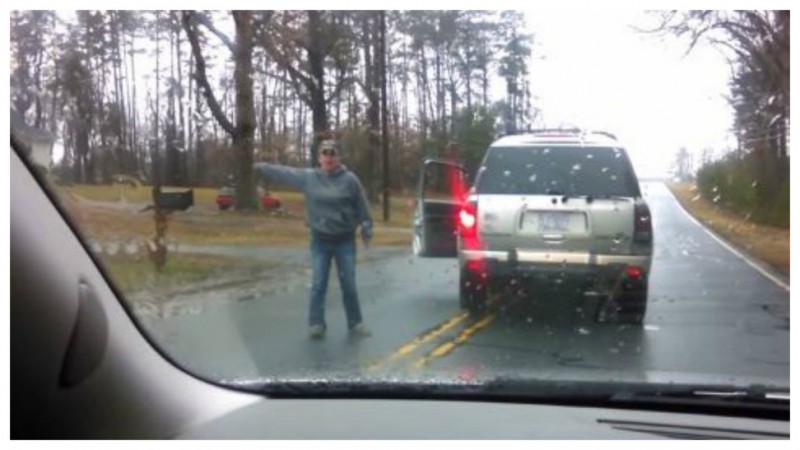 Sherri Hastings told WGHP she was driving in Randleman when a woman driving an SUV attempted to “slam into her” in a 35 mph zone.

“I knew what was going to happen. I wanted it on tape. Twice the lady tried to pass me on a two-lane road with double lines on a hill. She about ran me off road first time. She got behind me a second time and then went to go around again. I let her have the road, called 911, reported her and her plate number… I started phone video which was in a holder on dashboard — hands free,” Hastings said.

The woman exits her SUV and approaches the vehicle around the 3-minute mark in the video.

Hastings gave a copy of the video to police, however she told WGHP she does not know if charges have been filed.

Kristin Leigh Phillips, 40, of Randleman, was charged with reckless driving to endanger, assault and battery, injury to personal property, driving left of center and two counts of communicating threats.

Watch as this psychopath scares the daylights out of the little girl, Destiny, at about the 3:00 mark. Idiot: