VIDEO: When You See What’s On the Television Behind This Kid, You’ll Know Why He’s Going Viral

Given all of the bad news we’ve been bombarded with recently, I think it’s time to take a break and watch something adorable and awesome.

Almost every kid wants to be like someone they’ve seen on the TV when they grow up, but this little 5-year-old Japanese boy wasn’t about to wait that long. When you see the star he’s mimicking[1], you’ll be amazed. 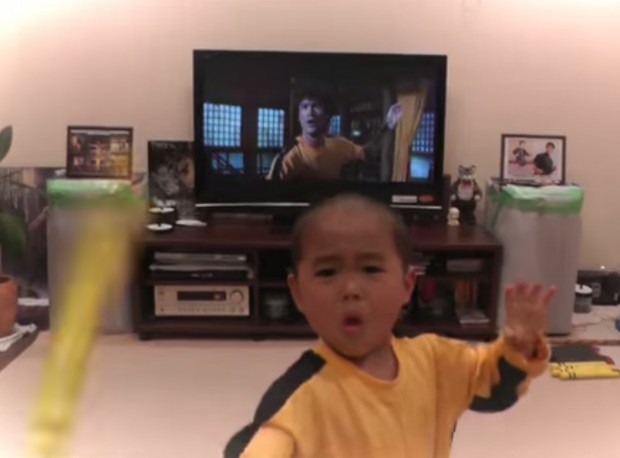 He might just be the biggest Bruce Lee fan on the planet.

In a video posted to YouTube Friday, a Japanese parent shows off five-year-old Ryusei and his amazing nunchaku skills.

When I was his age, I hardly had the coordination to walk in a straight line without falling. I have to commend this kid on his admirable talent. He’s gonna go far.