Videos of people fighting are always popular on the Internet, quickly racking up tens of thousands of views. But the latest fight video to go viral stands out for one simple reason: instead of showing a bully get his comeuppance, or a thug going after an unassuming victim, ” target=”_blank”>this fight is between two girls[1]. 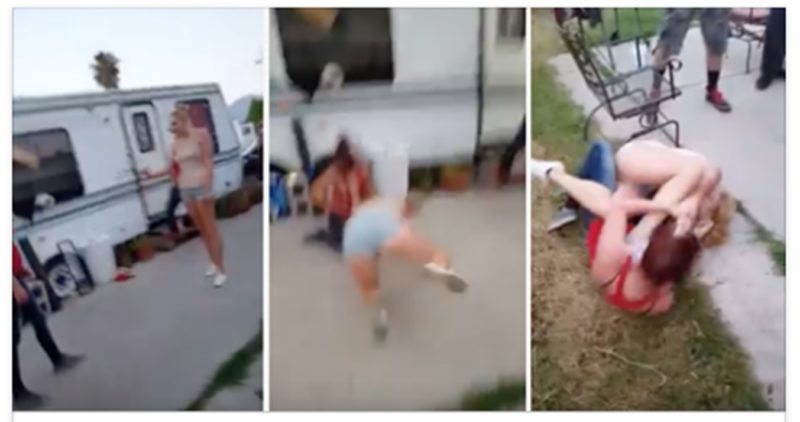 In the video, two girls stand in front of what appears to be a trailer, talking. But the conversation clearly doesn’t go well, because it quickly becomes physical. The girls swing for each other, try to pull each other’s hair and tumble to the ground as the people around them cheer and egg them on. They punch and kick each other, while bystanders yell out tips.

The fight appears to be over for a moment when the two stand up and are separated. But they quickly go at it for a second time, with more hair-pulling and kicking, before the two girls stop fighting. But the fun wasn’t over yet. One of the girls seems to vanish from the footage, but the other girl gets into another fight with another girl. This fight was even more brutal, with the newcomer quickly taking the other girl down, before straddling her and repeatedly hitting her.

The guys seemed especially excited by the two fights and the success of the video backs up the notion that men just love watching two girls fight. Why is that? Well, a few reasons: because they love seeing girls show a new side of themselves, because they might get to see a flash of skin as clothes get ripped off during the fight, because there’s an adrenaline rush when they see the excitement of a fight. No wonder the girl fight videos go viral.

Do you like watching girls fight, or do you think it’s overrated?