It’s like a scene out of a horror movie: you’re trapped on a plane, and then suddenly, a passenger goes crazy, starts biting people, and dies. Only this scenario didn’t happen in a movie — it happened on an Aer Lingus flight. 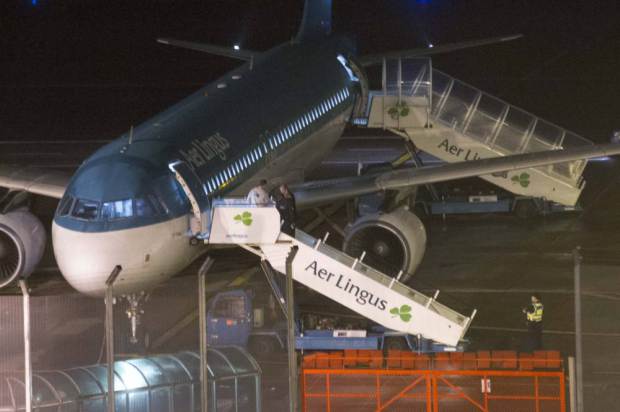 According to reports, police have arrested a Portugese woman who was aboard the bizarre Aer Lingus flight this weekend that landed in Ireland with one passenger dead and another injured.

The mystery began when a 24-year-old man reportedly became “extremely violent” on the flight, bit another passenger and then died.

The second passenger was reportedly hospitalized upon landing and may or may not be infected with some sort of zombie virus—or they’re treating him for the bite. Honestly, there’s no real way to say.

To that end, it’s still unclear what caused the first man’s death, though an autopsy is reportedly underway. But one woman, believed to be in her 40’s, was apparently taken into custody after cops found drugs in her luggage.

Like most crazy stories, this one is all thanks to drugs, as the man who bit the passenger and then died ended up having an insane amount of cocaine in his stomach. So the lesson to be learned from this story, kids, is don’t do drugs.