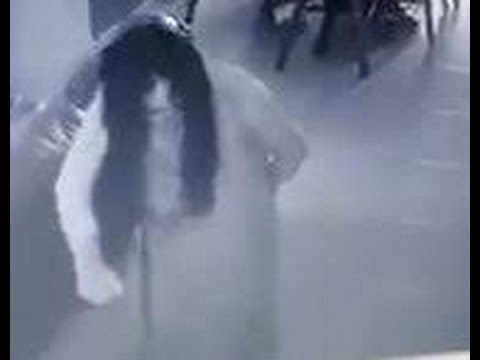 The story goes…long before our time on earth, there was a war in heaven. Lucifer took 1/3 of the hosts of heaven with him when he was cast out…and down to earth they came.

He is now their master and they now do his bidding on earth…trying to take out those of us who didn’t choose to follow Satan and instead chose to follow God and his Son Jesus Christ, and their plan for exaltation.

Well, depending on you’re belief, that story can differ.

However, the purpose for explaining this…is so that you can understand what you are about to see. The story goes on to say that sometimes, if a mortal provides the perfect storm for one of Satan’s angels to enter their vessel…they will. They do not ask permission, but if a mortal allows their defenses down it is a type of invitation and word on the street is, that the entire process is very invasive and traumatic to the human body. So they say…

It is called possession and it’s the scariest thing you’ll most likely ever encounter if it is something you believe can happen and are witness to it.

Of course…it could also be all bogus, it just depends on what you believe.

‘They’ also say that typically you can tell when someone is faking a possession…because a real evil spirit of Satan’s following does not know how to work a mortal body, for they never got to receive one of their own. So, movement is awkward and very… oh what’s the word….CREEPY!

Whereas a fake one, the human would still be moving like a human because it’s all they know how to do.

Now…remember, this is just all heresy and a little background on this before you watch the video and make a decision on your own whether or not this woman is in fact faking it or not.

However, keep in mind…this woman is in the house by herself. She did NOT know that she would be caught on the home cam…so you have to ask yourself…why would she act so STRANGE?

Okay, here you go… please do not watch this if you are sensitive to stuff like this.

The footage taken at Ms Baker’s apartment in Singapore has gone viral, leaving some viewers terrified while others believe the maid was faking it so she could leave the job.