You know what they say: no good deed goes unpunished. One woman is finding that out the hard way, after she jumped onto some train tracks to save a dog. 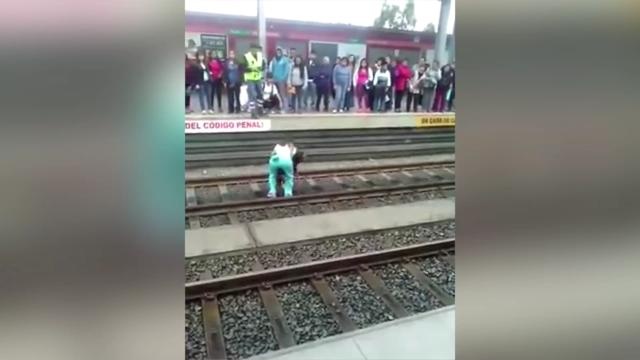 In Lima, Peru, a dog fell onto the train tracks at a metro station. A Good Samaritan, who doesn’t know the dog or its owner, jumped onto the tracks and lifted the dog to safety.

The heroic rescue was caught on video.

But now the woman is facing charges and a possible lawsuit by authorities in Peru who say jumping onto the tracks, for any reason, is illegal.

AOL.com quoted the Peruvian penal code as saying “anyone found guilty of compromising the safety of the train tracks, will be punished with six months or up to six years in prison.”

Apparently, transit officials were already aware the dog was on the tracks and had blocked incoming trains from entering the station.

Still, the treatment of this brave woman has caused an uproar on social media, reminding us of the veteran who faced charges after breaking a car window to save a dog from overheating. In that case, the charges were dropped—we’re hoping for a similar outcome here.

Do the authorities there not have actual crimes to worry about or something? Why they would choose to go after a woman who did nothing wrong, beyond saving a dogs life, is pretty hard to figure out.