Woman Travels The World By Getting Online Men To Fund Dates

Let’s just put aside the fact that any one of these men could be off-their-rocker crazy and rape, murder, torture, etc. this woman, why would you want to go to a foreign place with a person you don’t even know[1]? 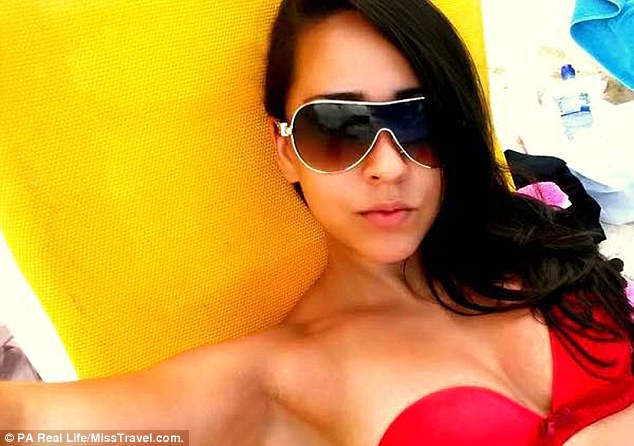 A 25-year-old woman has revealed that she travels the world for free by getting men she meets online to fund her trip.

Monica Lynn, from Alabama, has travelled to Italy, Barbados and the Phillipines – and calls the experience like ‘dating on steroids’.

Before January 2015, Monica Lynn had never even left the US but a year on, she has seen nine different countries and done everything from camel trekking in Dubai to shopping sprees in Hong Kong – all apparently paid for by dates she met on the internet.

The former financial advisor, who ditched the nine-to-five grind to see the world, estimates her lavish trip would have taken a decade of saving if she’d funded it herself.

Her adventure began in January, when she came across an article about dating site MissTravel, where singles can pay to bring prospective partners on holiday with them.

Miss Lynn explained: ‘I came across Miss Travel in an article about weird websites. I thought, ‘Yes, that sounds weird – but also kind of cool.’

‘This website attracts very successful men who don’t have time to date in the normal way, so this allows them to accelerate the whole thing.

‘They’re going on trips anyway, and they can afford to search through profiles and afford to bring one they like with them.’

She admitted she had her doubts about the site at first, saying: ‘Initially I thought, ‘Is this legitimate? Is this a thing?’ But I signed up anyway, started chatting to a few guys, and really got into the idea.’

And now Monica claims that it would have taken her up to a decade to save up for the trips she’s experienced this year.

‘Without MissTravel, it would have taken me five to 10 years of working to do all things I’ve done in this year alone.

‘Before I found this site, I’d had never been outside the US and now my passport is starting to get full – it’s opened up the world to me.’

Then, after joining Miss Travel the following month, she began chatting to a 31-year-old managing director.

After exchanging messages back and forth, he asked her if she’d like to go on holiday with him.

She said yes and in February 2015, he whisked her off to Barbados for a week.

But that was just the first of many exotic holidays for the hometown girl-turned-world traveller.

Her date, who wishes to remain anonymous, paid for her entire holiday, including flights, a stay at a five-star resort, and even the cocktails they enjoyed on the beach.

He also bought her some gifts, including silver jewellery.

Would you guys do this, knowing there are potential risks involved?