There is no doubt that nature is the most beautiful thing to exist on this earth. So many parts of this earth will take your breath away[1] with awe. But it can be quite a beast as well.

As an example, you need to check out the press release this week from Switzerland’s University of Basel, titled “Praying Mantises Hunt Down Birds Worldwide.” Carnivorous mantises normally would feed frequently on insects or spiders, but zoologists from Switzerland and the United States have now done research that shows that mantises also kill and even consume small birds on every continent except Antarctica. 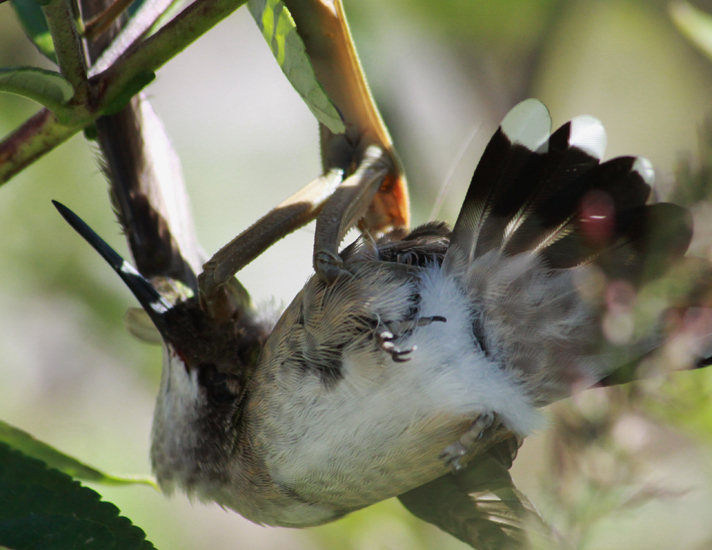 For those oblivious that praying mantises eat small birds, this news is certainly an eye opener…and a little gross. But frankly, the title of the press release doesn’t carry with it the true repulsion of the situation.

Newsweek did some additional reporting, interviewing two experts who were of course unaffiliated with the research who told them about the method mantises typically utilize in their avian consumption.

A mantises usual M.O. is to “pierce the skull to feed on brain tissue,” said biologist William Brown of the State University of New York at Fredonia. 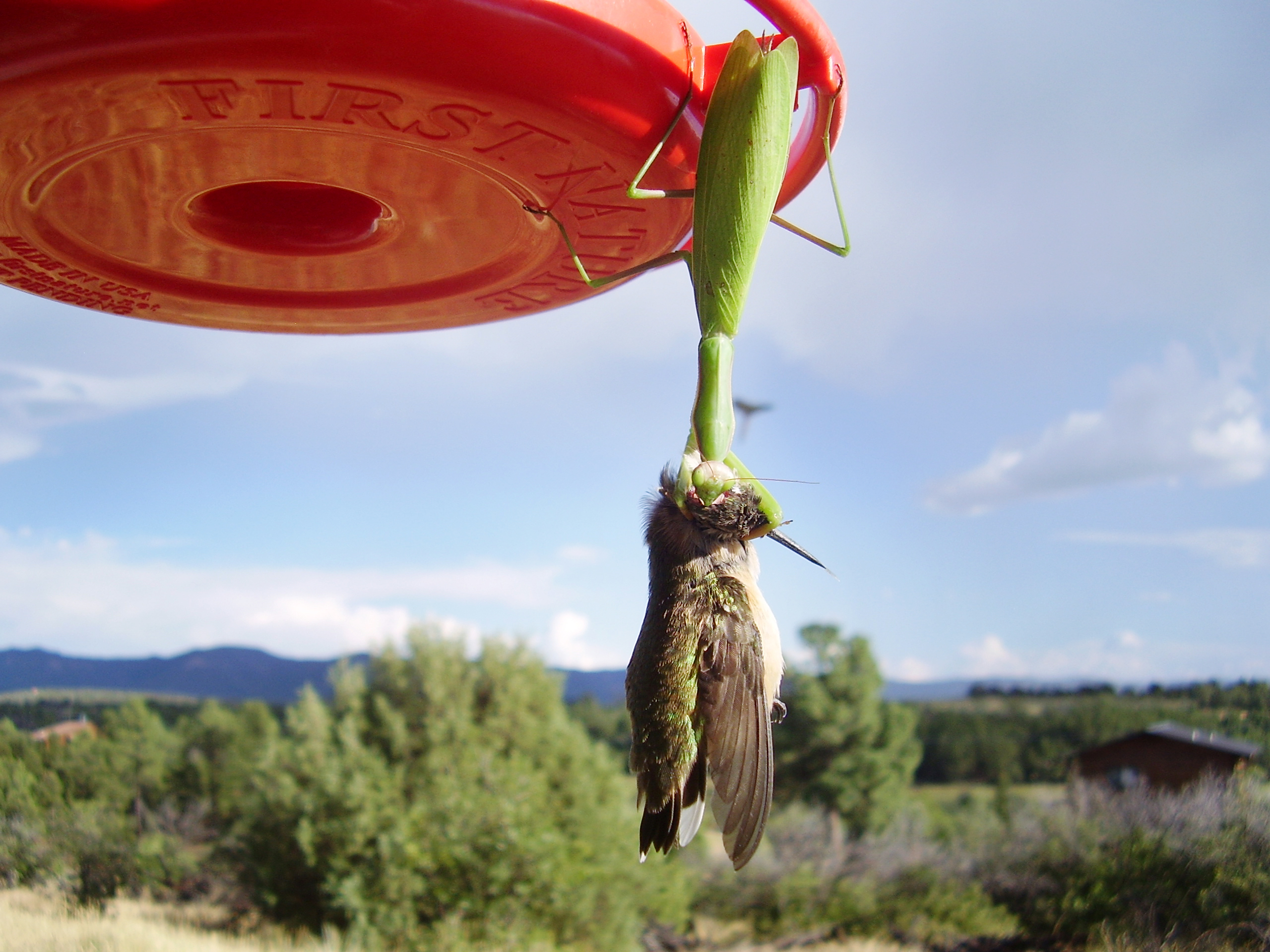 Retired ecologist Dietrich Mebs also gave his own explanation about the process.

‘They just hold [their prey], and they eat them while they are still alive, slowly and slowly until there is nothing left.’

‘So how did the zoologists determine this is a worldwide phenomenon? Live Science explains that researchers pored through records — including published studies, academic papers and even social media posts — to find records of mantises capturing birds. In all, they found 147 documented cases, spanning 13 countries. The earliest case they include was from 1864, but 67 percent of the cases were between 2000 and 2015.’

‘Since they were relying only on cases documented by humans, it was tough to determine exactly how often mantises eat birds. But the researchers’ most relevant finding was that mantises engage in the behavior all over the world.’