A Miami man described as a ‘very good father’ has been given no jail time after he repeatedly took his 16 year-old daughter to party at a strip club and provided her with alcohol. Seriously? If this is good parenting, I am going HORRIBLY wrong with my 3 kids[1]. 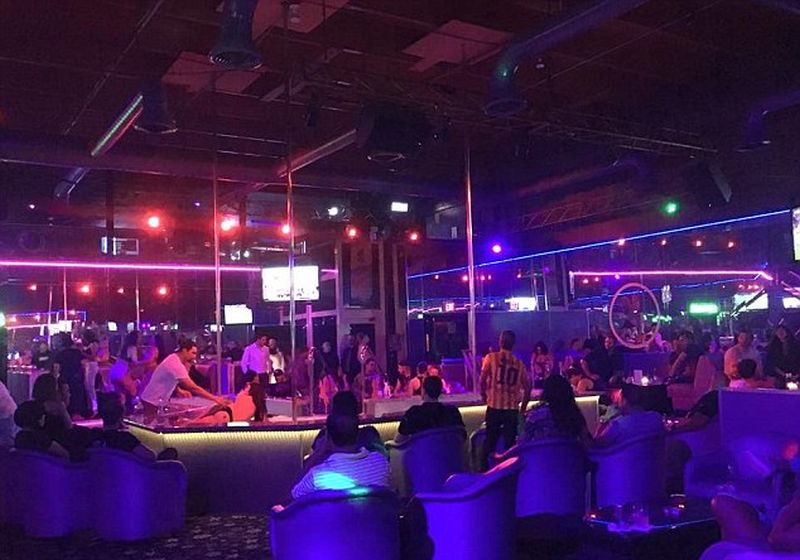 Jose Manuel Arguelles, 60, must serve five years of probation under a plea deal that was struck Thursday after admitting to taking to his daughter to the Pink Pony five separate times.

Arguelles was captured on video drinking with his daughter and her 17-year-old friend at the VIP lounge of the club in Doral. He pleaded guilty to two counts of providing alcohol to a minor.

He pleaded no contest to 10 counts of child abuse and the felony charges, including providing drugs and promoting to sexual performance of a minor, were dropped by prosecutors.

Arguelles will have to remain in his home under a curfew for one year as part of the deal, according to the Miami Herald.

Edward O’Donnell IV, his attorney, said Arguelles had ‘obviously made a huge lapse in judgement’, which was ironic because he was a ‘very good father’.

O’Donnell said Arguelles regularly drug-tested his daughter and would not let her get tattoos.

Police initially claimed that Arguelles, a car body-shop owner and self-described club promoter, had also allowed his daughter and her friend to snort cocaine and dance on the stage at the club.

But it was later discovered that it was the 17-year-old friend, who also visited the club on her own, had been providing some of the drugs to Arguelles’ daughter, according to the final report.

Prosecutors said there was ‘no evidence’ that the father had ever given drugs to either girl.

The investigation first began after the 17-year-old’s mother found photos and videos that showed both girls at the club on her daughter’s cell phone.

One of the videos showed the two teens dancing on what appeared to be a ‘stripper pole’ on Arguelles’ boat while wearing bikinis, according to the arrest report.

Photos also showed one of the teen’s on the Pink Pony’s stage, authorities said.

Arguelles was arrested in August and charged with child neglect, delivering a controlled substance to a child and eight counts of sexual performance by a child.

I can’t believe this guy seriously thought it would be okay, in this universe or any alternate dimension, to take his kid to a strip club to do drugs. This is too far. He should be forced to attend an accredited parenting class and have monitored contact with his child, since he is apparently unable to make responsible choices with his children.

What do you think? Did this father go TOO FAR? Let us know your opinion in the comments below!