THESE 13 Men Assaulted Girl, Tied Her Up In Car, Set Her On FIRE! (Photos)

This is a horrific story[1] that happened about a month ago in Pakistan. So not shocked. A mob dragged a 16 year-old girl out of her home, put her in the back seat of a van and tied her hands to the seats so she couldn’t escape. They then set the car on fire and burned her to death. Why? Because they thought she helped a couple elope. It was an honor killing. Thirteen or more people, including the victim’s mother and brother, have been arrested.

A group of 15 members of a local tribal council, called a jirga, were the members of this mob. They were all men and they passed sentence on this poor innocent girl condemning her to be burned alive. Her name was Ambreen and I’m sure she was very confused as to why this happened to her… I can almost hear her screams and terror in the end. What kind of monsters do something like this? They should all be executed, but they won’t be. It’s an Islamic province and this is Shariah law. 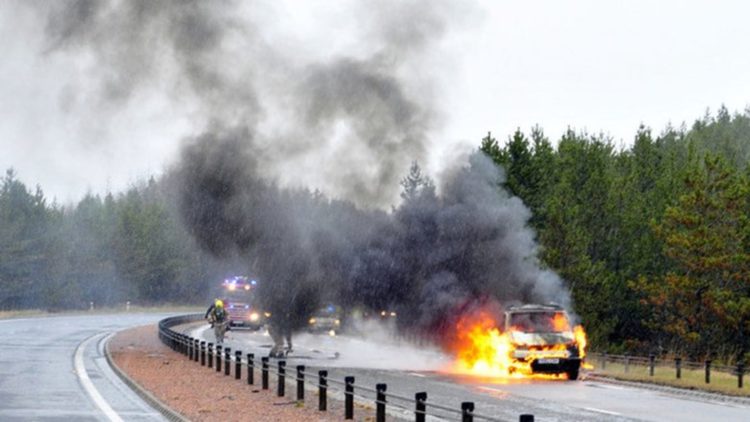 Thirteen people have been apprehended in Pakistan for reportedly participating in the vicious honor killing of a 16-year-old girl.

The teenager was burned alive on April 29 in the village of Donga Gali, about 30 miles northeast of Pakistan’s capital city, Islamabad, according to Reuters. A group of 15 members of a local tribal council, called a jirga, allegedly participated in the killing in retaliation for the girl’s role in helping a couple from the nearby village of Makol elope.

The victim, only known as Ambreen, was taken from her home to an abandoned home where she was drugged and placed unconscious in the backseat of a parked van. Her hands were reportedly tied to the seats to prevent escape before the vehicle was doused in gasoline and set ablaze.

The teen’s burned body was found by authorities last week. District police arrested 13 of the 15 individuals involved in the killing May 5.

The 13 people arrested, which include the victim’s mother and brother, will be tried in an Anti-Terrorism Court.

Those arrested will be tried in an anti-terrorism court there in Pakistan. But more often than not, those guilty of atrocities like this get off with a light sentence or none at all. Two weeks ago, Ambreen assisted a local couple in eloping and leaving Makol for the Pakistani city of Abottabad. When the members of the jirga realized the couple was missing, they called a 6-hour meeting on April 28th, during which they agreed to kill the girl as punishment for damaging the village’s reputation.

These are barbaric heathens and this is tribal law for them. That child never stood a chance and she certainly didn’t get a fair trial. We don’t even know that she really did what they accused her of. Females can be killed for any reason at all and this is all too common in Pakistan. Ambreen is just one more to be sacrificed on a Shariah altar dripping in blood. 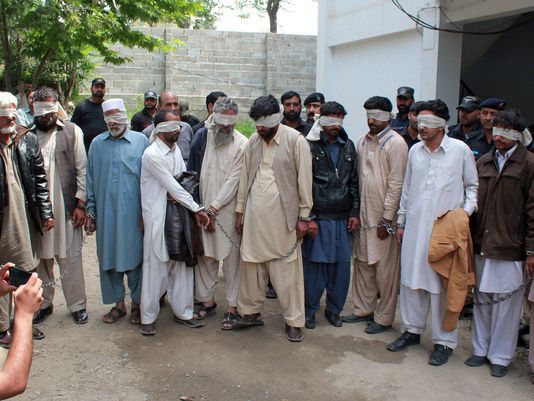