You know that “war on women” feminazis are always railing about, and the “rape culture” they claim that is pervasive in our society? According to them, we can just educate the rape out of rapists, so maybe if someone had just told 16-year-old rapist Cesar Lucas that he shouldn’t force someone to have sex with them, he wouldn’t have broken into a woman’s apartment while delivering pizza and raped her. 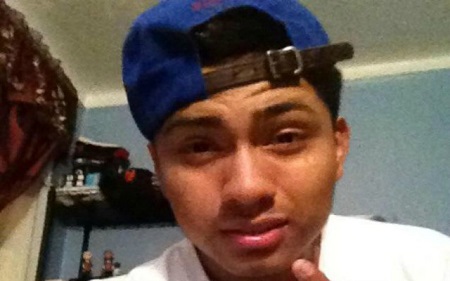 Cesar Lucas, 18,described by some as ‘showing no remorse’ admitted to sneaking into Kia Walker’s apartment in September of 2012 after delivering pizza to an apartment on the same floor but tried to claim she was ‘very drunk.’

Lucas also stole an iPhone and $20 from Graves’ 7-year-old daughter’s wallet on his way out.

‘Your honor, he has violated meâ€‹â€‹ and my family. He turned my life around,’ Kia Graves – who has waived her anonymity and spoken to the media – told Manhattan Supreme Court Justice Thomas Farber, as convicted rapist Cesar Lucas kept a stoic expression.

Graves held back tears as she addressed her teenage rapist in the courtroom.

‘He deserves everything the court is sentencing him to today.’

It’s not the now-18-year-old creep’s first arrest, either — he’s burglarized another woman’s apartment, although this appears to be his first rape, and he remains unapologetic for it. So what are the chances that he could have had the evil indoctrinated out of him? It seems unlikely from where I sit. What the #YesAllWomen twits seem to be incapable of understanding is that there will always be monsters in this world who commit unspeakable acts of evil, and no amount of hashtag campaigns or feminazi lectures are ever going to change that.