This is tragic. A North Carolina mother is begging for the return of her 3 year-old daughter. Kristy Woods, of Jacksonville, N.C., put her daughter, Mariah, to bed Sunday night. In the morning, the child was missing. There were no signs of forced entry, but the back door was unlocked. A massive hunt is under way for the child and an Amber Alert has been issued. The mother is asking the public to help her find her little girl and bring her home. She gave a press conference this morning, saying she would give “anything” to hold her daughter, Mariah, again, ABC News reported.

You can tell how distraught this mother is. She’s barely keeping it together. “Please, bring her back…She’s my baby; she’s my everything,” Woods said. “Just to be able to touch her and hold her and not let her go again. I’d give anything.” Time is of the essence when a child goes missing. It’s hard to know if someone took her (which is probably the case), or if the child slipped out the back door. A statewide Amber Alert was issued Monday and the FBI, Marine Corps, military police, crime scene investigators and local authorities were helping in the search for Mariah. 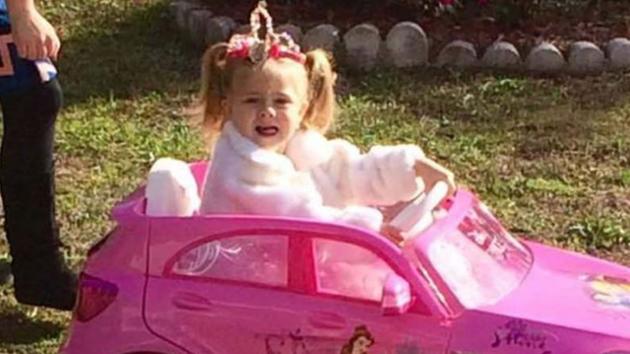 The mother last saw the little one when she checked on her just before midnight. She also said her boyfriend checked on the girl around midnight. When they woke up at 6:30 am, the child was gone. “If anybody knows where she is at or any information, just please call the sheriff’s department or notify anybody,” Woods said. “She could be anywhere. She is a very sweet loving girl, long brown hair, blue eyes. Goes by Mariah. She has walking difficulties, so if anybody sees her, she is 3 years old — please notify them.”

Mariah weighs approximately 28 pounds and is about 2-feet, 9-inches tall, according to a missing child’s report. The Onslow County Sheriff’s Department and fire departments have already searched the wooded areas behind and around the child’s home. Drones and helicopters are also being used in the search. “We don’t know what happened. It’s entirely premature to try to determine what happened,” Jacksonville Sheriff Hans Miller said.

The police say that there appears to be no sign of a break-in or unlawful entry into the home. At the time of the toddler’s disappearance, there were four people inside the home, including Woods, her boyfriend and her two other children, both boys aged 10 and 5. The authorities have interviewed Woods’ mother and her boyfriend. The police are asking residents to come forward with any information and to check their backyards for the missing toddler.

I pray they find the little girl safe and sound. So many times things like this end badly, let’s pray this time is different. 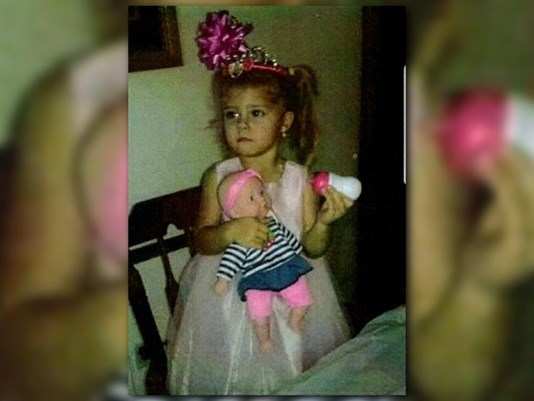