Abigail Simon, a 35-year-old former tutor, apparently suffers from some serious delusions. She took advantage of a 15-year-old boy and had a sexual relationship with him, yet somehow, she thinks that she’s the victim here. 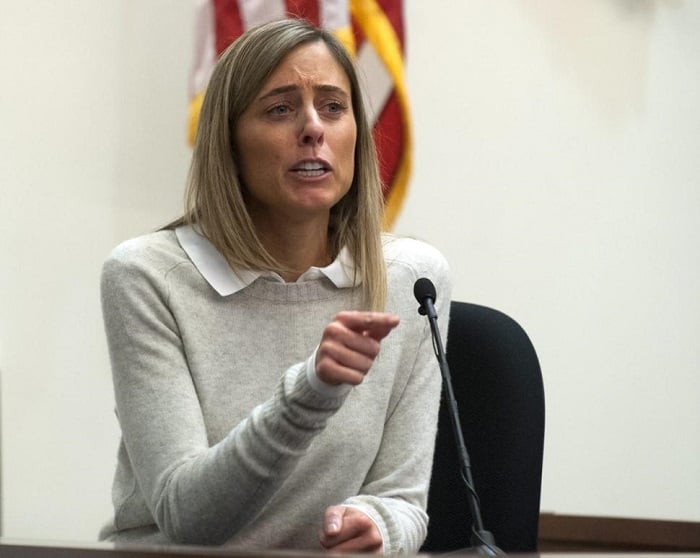 A former high school tutor in Michigan accused of having a consensual sexual relationship with a student had a fiery exchange with the prosecuting attorney on Monday in the combative conclusion to a real-life courtroom drama.

The weeping defendant Abigail Simon, 35, insisted she was the victim in her relationship with the 15-year-old boy and during one of her aggressive exchanges with Assistant Kent County Prosecutor Helen Brinkman even declared, ‘I’ll never forgive you!’

It was a scene so unusually emotional that even Judge Paul Sullivan was having trouble dealing with it. ‘This thing is totally out of control.’ the judge told his courtroom. ‘I’ve tried to be patient but I’m beginning to lose it.’

… ‘Did you tell anybody he forced you or threatened you before you were caught?’ Brinkman asked.

‘I’m not sitting up here lying like your client,’ shouted at Brinkman at one point.

… Throughout the proceedings, lawyers for the 35-year-old former tutor are tried to convince a jury the teenager ‘stalked, coerced and brutalized’ the woman into sleeping with him.

The boy, who was 15 when he allegedly had a short but intense fling with Abigail Simon over spring in 2013, would undergo two days of cross-examination.

In that time he was pressed on the more than 1,000 text messages exchanged between himself and Simon as the defense attempted to show he was no victim.

However the prosecution used the same texts to depict Simon as a predator who went after an innocent virgin, according to M Live.

… The teen – now 17 – said their relationship was consensual and that they both knew it was wrong.

The teenager may have indeed consented to sex, but he’s still just a child who didn’t know any better — and Simon is an adult who did. Instead, she exploited this child when she should have had the maturity and intelligence to know better. And if the genders were reversed, is there anyone who would believe that this relationship was even remotely acceptable?