4 Yr-Old Had To Endure Laxative, Hot Sauce, Torture By Woman For Insane Reasons

An innocent 4 year-old boy was the victim of horrible abuse crimes in Quarryville, PA. The suspects who abused him with torturous methods were his own parents. The stepmother is reported to have fed the child beans that had hot sauce and laxatives. She also allegedly locked the boy in a closet like he’s locked up in Guantanamo Bay and ridiculed the boy for being the child of another woman. Well, we all come from someone and some mothers are good and others are bad. The same can be said for stepparents as well. Some stepmothers are wonderful souls, while others are the equivalent of the criminal mind in the movie SAW. The latter was the case here[1], except not quite as extreme.

The stepmother, 31 year-old Danille Miller, was jailed in Lancaster County and charged with eight felonies, such as imprisonment, endangerment and other sick crimes that are detailed below. Some of her torture methods were quite horrifying. Sometimes she would bind his feet together like he’s a mermaid. Other times she might verbally abuse him while he’s on the toilet after feeding him beans laced with the laxatives. Only a sick human being could do something so horrible to a little child and she deserves to spend a long time in jail. Hopefully, her equally disgusting boyfriend grows a working brain cell and kicks this horrible woman to the curb like the trash that she is.

The boy’s father, 30 year-old Nathan Duke, was also tossed in the slammer with charges ranging from conspiracy to endangerment. This sick sorry excuse for a father didn’t even protect his child. He certainly doesn’t deserve to have this kid and hopefully doesn’t ever get to see him unless it’s under the boy’s request. He is white trash just like his girlfriend, so it’s no wonder he didn’t report the injuries. 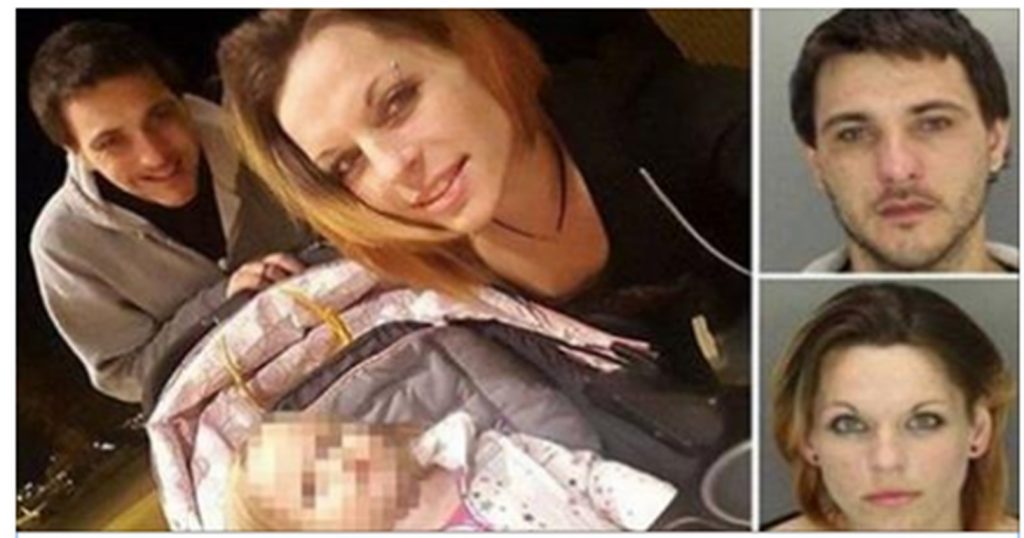 A married couple from Quarryville, Pennsylvania, has been jailed for continually abusing a 4-year-old boy over a four-month period. The mother fed the boy, who is her stepson, hot sauce and laxative laced beans, imprisoned him in a closet for hours and otherwise tortured him for being another woman’s child.

Danielle Miller, 31, was placed in a Lancaster County jail cell on Nov. 7 with a set bond of $300,000 and has been charged with eight felony counts of false imprisonment, endangering a child, unlawful restraint, harassment, reckless endangerment and terroristic threats, Daily Mail reports.

The father of the victim, Nathan Duke, 30, was jailed as well and charged with endangerment and conspiracy charges for doing nothing to protect his child. His bond is set at $100,000.

The husband reportedly told police that he intentionally did not report his son’s injuries because he knew his bruises, burns and lacerations would look like the outcome of child abuse, WGAL reports.

That’s because it IS child abuse and the same thing should happen to this couple while they’re in jail. Let them feel the pain that they put that sad boy through.

Miller would bind the boy and call it a “playing mermaid” game, police said, adding that he was frequently thrown into a locked closet and tormented by her, Penn Live reports. She would also feed the boy a laxative she dubbed “poop beans.”

Miller reportedly fed the boy hot sauce and would not give him water for long periods of time. Police said she would also make the boy sit on a toilet for hours until he defecated, calling him a “fu***** pig” all the while and insist he had a “stupid, fu***** ugly face.”

She would also inflict bruises, lacerations and burns on the little boy.

This couple is clearly not fit for children. They have three biological children together who haven’t yet been reported as abused. Perhaps they only abused the child who he had with another woman. Either way, these two sick people are not fit to raise children and hopefully the children are taken away for good. The kids are currently living with extended family members or child services.

I hope the boy recovers and the kids find new, responsible and loving parents.

Can you imagine doing anything this horrible to your own kids? Even if they make you the most mad person in the world, there’s no way that any parent should torture children like this.

What should be the proper punishment for this couple?