Every parent wants to teach their child not to steal[1], but this family took their discipline WAY too far. 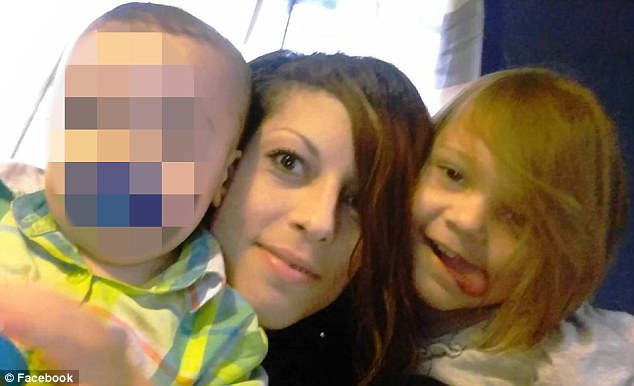 A Texas woman and her boyfriend are accused of beating her daughter with a belt and bamboo stick after the four-year-old girl drank her brother’s juice, according to an arrest warrant affidavit.

Leiliana Wright later died from the injuries she suffered on March 12 in Grand Prairie, and the girl’s mother, 30-year-old Jeri Quezada, has been charged with injury to a child.

The mother-of-two and her boyfriend, Charles Phifer, had used heroin before beating the girl up, according to an affidavit.

The couple had found Leiliana drinking her brother’s juice on March 12 and hit her with a belt and bamboo stick, an arrest warrant states.

Quezada said she left the girl at Phifer’s house while she ran errands with her 18-month-old son because she couldn’t take her daughter in public with facial bruising.

Police were called to the home in Grand Prairie on March 13 after Quezada called 911 and said she was performing CPR on her daughter.

When paramedics arrived on scene, they found the girl had facial bruising, and Quezada said her daughter fell in the shower after coming home from a friend’s house with bruises.

The girl was taken to the hospital where she was pronounced dead and her death was ruled a homicide three days later due to blunt force trauma to the head and abdomen.

Detectives said that Quezada changed her story multiple times during their investigation, according to WFAA.

A police warrant states that Quezada told officers that Phifer called her at 3.30pm on March 12 asking her to bring Pedialyte for her daughter.

Quezada told officers that she dropped off Pedialyte and went home to take a nap.

She said that Phifer called her at 5.30 to tell her that he had tied Leiliana up for ten minutes because she was ‘making herself throw up’.

Quezada told police that she went to dinner then went to Phifer’s house to pick up her daughter just after 9.20pm.

Phifer told her that Leiliana was tied up in the closet, so Quezada took a shot of heroine while her little girl ‘couldn’t see her mother doing drugs’, police said.

Fewer than ten minutes later, Quezada found her child in the closet with her wrists tied behind her back attached to a structure that ‘prevented the child from sitting down’, according to the arrest warrant.

Quezada then slapped her daughter in the chest and on the back of her head when she wouldn’t eat a sandwich, the warrant states.

When the girl started throwing up, hifer grabbed Leiliana by the throat and shoved her against a wall after she threw up, the affidavit said.

We can only hope that this woman spends the rest of her life in jail.