It’s easy to demonize a murderer in most circumstances. But a horrific crime scene out of Phoenix is not only grisly and brutal, but it’s also exceedingly tragic. 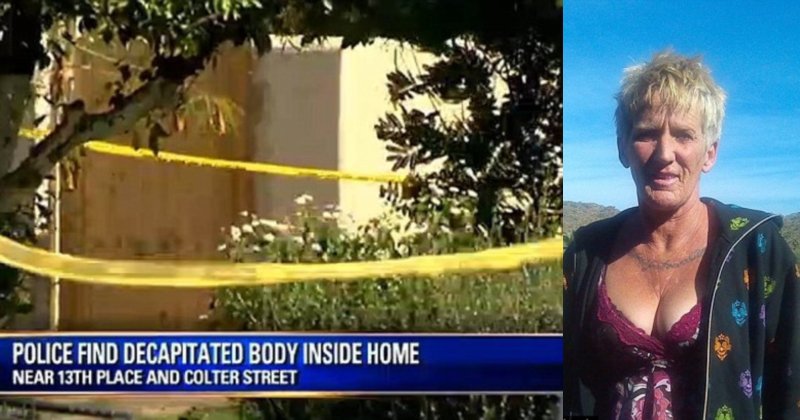 Police say that an Arizona man decapitated his wife along with their two dogs.
Phoenix police identified the bloodied victim as Trina Heisch, 49, on Sunday and say that she met her husband at a mental health facility.

Neighbor George Loney knocked on the door of the apartment in Arizona on Saturday to check on the 43-year-old male suspect whose identity has not yet been released.

When the suspect answered the door, he was naked, his left arm was severed at the elbow and his left eyeball was missing, the Arizona Republic reported.

Officers do not know if the suspect was referring to the woman and her two dogs so they are checking on other family members and making sure everyone is alive and well.

The neighbor who discovered the frightening scene said that the apartment’s walls were covered in blood.

He contacted authorities, who found several knives inside, but it’s not known which one was used in the horrific crime.

Loney told Fox 10 Phoenix: ‘It looked like a massacre in her kitchen. Like every other day I go check on them.

‘They are mentally ill. [I] went to go check on him…he answered the door; he was naked and there was blood everywhere, so I called the cops.

He added that the couple appeared to have met each other at a mental health facility.

This is a situation where a mentally ill couple, who both had a history of violence, were in a relationship together and in all likelihood, should not have been. Someone who is mentally ill may not have been able to control his actions, which makes a crime like this doubly tragic.