Actor Murders and Dismembers His Veteran Neighbor Before Returning To The Stage, Then THIS…

It takes an insanely sick person to not only kill someone, but to then dismember and rob[1] them. Sicker still is the fact that he returned to the stage after doing this, as if nothing had ever happened. 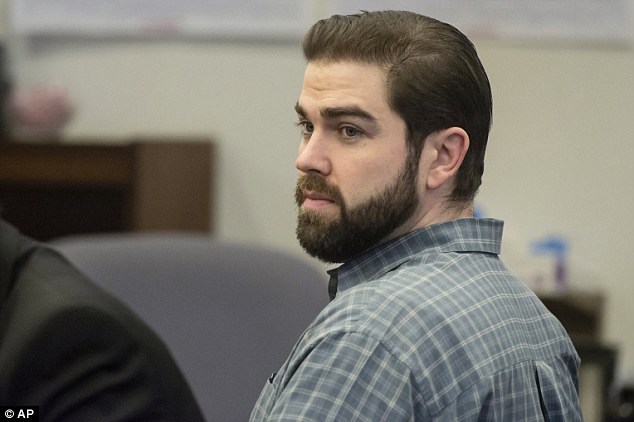 An unemployed actor has been found guilty of murdering and dismembering his veteran neighbor before killing his victim’s friend to cover up the gruesome crime.

Daniel Wozniak will face either the death penalty or life in jail after he was convicted of carrying out the grisly double murders in May 2010.

The 31-year-old community actor was deeply in debt when he hatched a plan to kill his neighbor, Army veteran Samuel Herr, 26, to steal $50,000 his victim had saved during his service in Afghanistan.

In a cold-blooded plot, Wozniak had invited Herr to a theater at the Los Alamitos Joint Forces Training Base on May 21, 2010.

When the veteran arrived, the convicted killer shot him twice in the head and left the body, taking the victim’s ATM card, wallet and cell phone.

Jurors saw video of a police interview in which Wozniak confessed to the double killing.

Wozniak played the lead in a musical at that same theater the very next night after the murder.

It is believed that he used Herr’s cell phone to text the deceased man’s friend and college classmate, Julie Kibuishi, a 23-year-old student at Orange Coast College, to ask her to come to Herr’s apartment.

The messages sent indicated that Herr was experiencing ‘family problems’ and said that he ‘just needed a girl’s shoulder to cry on,’ the victim’s brother, Taka Kibuishi, told the media in 2010.

Once she arrived at his apartment, in the Camden Martinique apartment complex in Costa Mesa, investigators say Wozniak allegedly shot her twice in the head and removed some of her clothing, to make it appear that she had been sexually assaulted.

Her body was found then next day by Mr Herr’s father.

Would you prefer death or life for this man?