There is very real evil in the world and sometimes it can be found hiding in the darkest corners of the United States.

A man in Tulsa, Oklahoma has been arrested after being accused of serial rape, including a woman who he allegedly drugged, sexually assaulted and kept naked in his bedroom for two months. And it only gets worse from there. 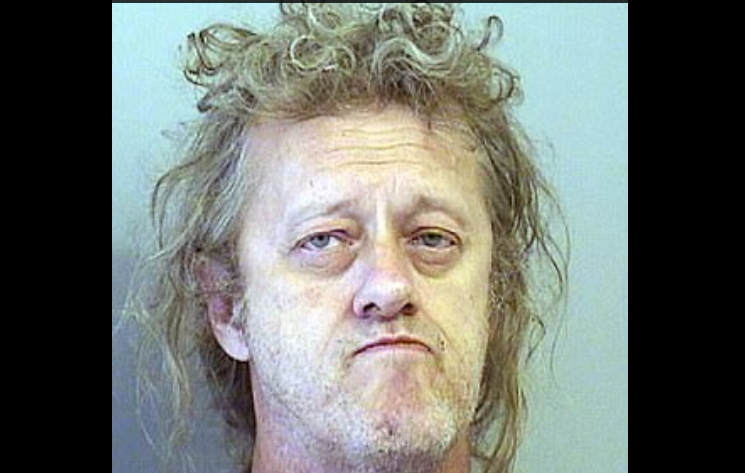 The creepy-looking pile of human excrement above is the delightful Victor Hursh, who was arrested and charged with rape, forcible sodomy, kidnapping and firearm possession.

He has been accused of holding a homeless 22 year-old woman against her will for two months while he drugged her with meth, tortured her with lit fireworks and cigarettes, and sexually assaulted her. If she tried to escape, he threatened to kill her father and son, and poison her, warning her that she would end up “like some of the other girls.” Clearly she was not the first victim of his disgusting little games, but thankfully she will be his last.

The 60 year-old drummer/singer was picked up by the Northern Oklahoma Violent Crimes Task Force in coordination with the Tulsa Police Department’s Sex Crimes Unit. While they know of only one victim right now, they say that there is enough evidence to point to a series of previous victims who may not have been as lucky as the young woman he had imprisoned for two months.

He met the victim while at the supermarket. Upon finding out that she was homeless, he offered her a room at his home. It wasn’t long after arriving there that she found out what kind of monster Hursh (nicknamed “The Reaper”) was. He became violent after she refused to smoke meth with him and repeatedly struck her. It was after that her two-month nightmare began.

The victim recalls being forcibly shot up with meth every few days, whereupon Hursh would rape her, often with the aid of sexual toys. She also remembers him pointing a firearm at her face and threatening to kill her family and poison her.

According to the records, he would routinely burn her with cigarettes, throw lit fireworks at her and strangle her.

On August 27th, Hursh brought the victim with him to the grocery store. She escaped the van and approached a customer who she begged to help her, but that person refused to help. Thinking quickly, she hid in the store bathroom until her captor left, soon after asking a store security guard to call the police for her. Thankfully, she received the help she needed and four days later, Hursh was arrested outside of his home.

He was booked into the Tulsa Jail, received a $425,000 bond and is set to appear in court for his arraignment on September 7th.