When will people learn not to post their dumb — or worse, criminal — behavior on Facebook? One scumbag learned that lesson the hard way after a video of him kicking a cat spurred animal lovers to action, causing him to be identified and then arrested. 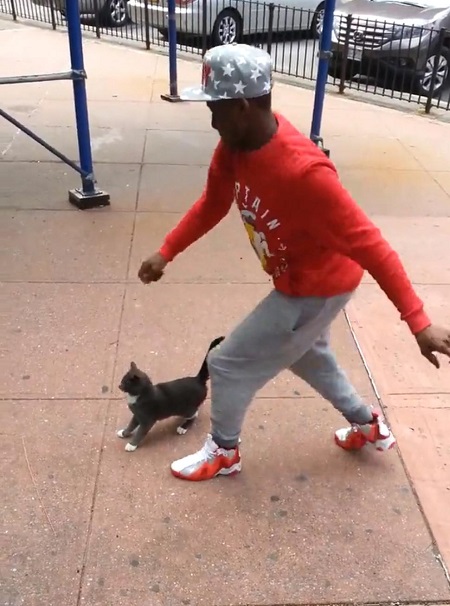 An horrific video shot last Friday and posted to Facebook that shows a man brutally kicking an innocent stray cat 20 feet through the air led to the alleged animal abuser’s arrest Monday afternoon.

A man police claim is Andre Robinson, 21, first lures the friendly, gray cat over with an offer of a caress before he pulls back his foot and boots the creature into some bushes outside a Brooklyn housing complex.

In a shocking display of callousness, the man celebrates his cowardly act with a cackle and a little dance.

Unsurprisingly, Robinson has a rather lengthy criminal record, including robbery at knifepoint. But it also begs the question of just how efficient our justice system is, when people like this idiot are jailed repeatedly, only to be released over and over again so that they can commit more crimes.