Ann Coulter Has Been FLAGGED By Twitter For ‘Hate Speech’ After Tweeting About Suspected Illegal Immigrant Rape! 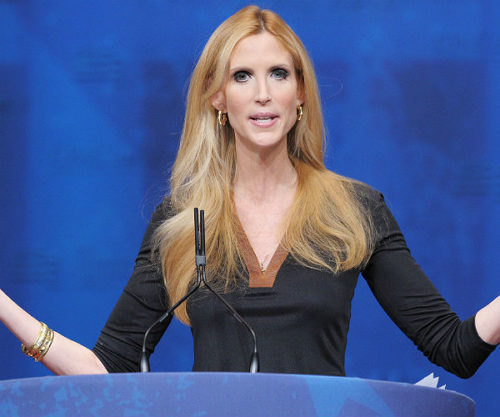 Ann Coulter is known for her direct approach.[2] She does not mince words, try to put a diplomatic spin on, or dilute what she says. And while this is appreciated by a good many people who have to daily deal with the ubiquitous lies of the media and Liberals, there are some who do not appreciate it. Among that group would be none other than Liberal-run social media giant, Twitter.

Liberals are all for rape, provided that the penis forcibly inserted in you is attached to an illegal immigrant. https://t.co/q9xZpDsPtL[3]

“Hateful conduct: You may not promote violence against or directly attack or threaten other people on the basis of race, ethnicity, national origin, sexual orientation, gender, gender identity, religious affiliation, age, disability, or disease. We also do not allow accounts whose primary purpose is inciting harm towards others on the basis of these categories.

Examples of what we do not tolerate includes, but is not limited to behavior that harasses individuals or groups of people with:

– violent threats;
wishes for the physical harm, death, or disease of individuals or groups;
– references to mass murder, violent events, or specific means of violence in which/with which such groups have been the primary targets or victims;
– behavior that incites fear about a protected group;
repeated and/or or non-consensual slurs, epithets, racist and sexist tropes, or other content that degrades someone.”

Coulter, never at a loss for a sarcastic yet truthful retort, said, “This warning is absolutely in error! It has obviously been generated by a computer because a human would read the linked column and find the proof that this tweet is completely, 100% truthful — fact by fact, in side-by-side cases. It is not a joke, not ‘hate,’ it is just the truth.”

It would be a super fun experiment to troll Twitter and check out all the actual hateful conduct they not only allow, but encourage from any number of Liberal, anti-Christian, pro-abortion, anti-Conservative groups. We all know they don’t care about policing the Left for hateful remarks. And in view of what the Left says and believes, that would be a full time job.

Coulter is never going to be held back by the smug condescending attacks of Liberals at Twitter or anywhere else. Love her or hate her, she doesn’t back down from a challenge. And while some of us may be uncomfortable with her level of directness and might choose to use different phrasing, one thing is clear, she isn’t going to stop telling the truth. And no matter who you are or whether you agree with her style, that is to be admired.

In John Hawkins’ new book, ‘101 Things All Young Adults Should Know’, he teaches in number 21, “Right or wrong, good or bad, the more you achieve, the more criticism you will receive.” Ann Coulter has achieved quite a bit in her career as a political pundit. And for that success she is the target of all her political opponent’s criticism. It is to be expected. If you know someone who could benefit from the wisdom in this book, pick up your own copy!