A woman in eastern Iowa was shocked and sickened when someone killed her dog and then sent her a taunting note about the deed. 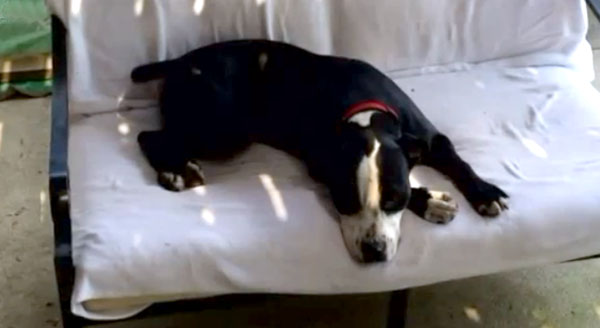 Apparently the person who killed the dog did so by accident by hitting the beast with a car. But the note the driver left[1] on the body, well, that is what the dog’s owner is upset about.

Usually Banjo and Chico spent their days roaming their owners’ seven acre farm, but one day in January Chico didn’t come back.

According to KWWL, at first the Ponto family of Floyd County thought it was an accident and Chico was hit by a car, since his body was found in a ditch.

But then, the family got a letter. “Tell your client to keep their (expletive) dogs tied up,” Donna Ponto read. “This one is dead. He was caught chasing deer three miles from home. And he said ‘last warning.’” The letter included the dog’s tags.

Ponto said she wishes the sender would have come to them to talk this out.

“I’m just heartbroken,” Ponto said. “He was my boy. He was our boy. It’s like you murdered a part of our family. What do we do with that?”

Well, does the driver who left the note have a point? Tell us in the comments.