Predictably[1], because he had no other choice after being caught (ahem) red handed, Anthony Weiner is now preparing to plead guilty in his sexting case. The man is a sex addict. He’s disgraced himself, his wife Huma Abedin and Hillary Clinton. Abedin has taken him back, which I don’t get. And his rehab basically cost his parents every dime they had. I doubt it took and Weiner is likely to get jail time over all this. A life wasted – especially for someone who had solid (if shifty) political aspirations.

Weiner will plead guilty today to a single count of transferring obscene material to a minor for allegedly texting an underage girl. He has already turned himself into the FBI and is due in court this morning. The emails that prompted the FBI to reopen its review of Clinton’s private email server days before the 2016 presidential election emerged from the 2016 federal investigation into whether Weiner sent explicit messages to an underage girl in North Carolina. So, in a way, we owe a thank you to Weiner. He helped keep Clinton out of the White House… although she would have still managed that all on her own. 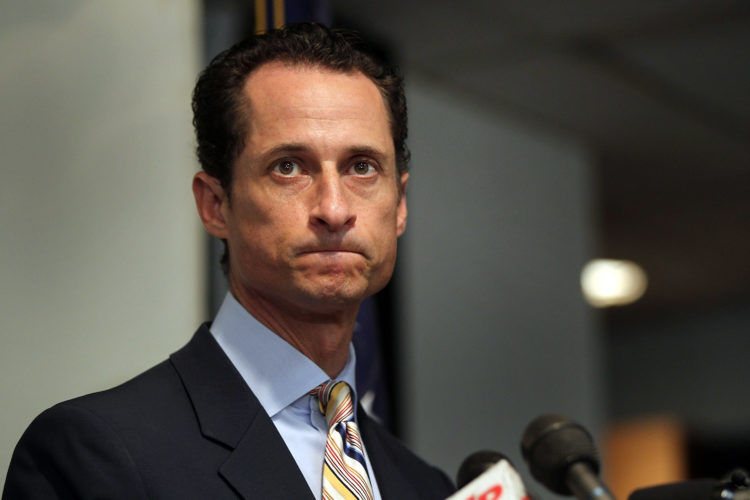 It’s a sign of the times that I’m actually relieved to see Anthony Weiner back in the headlines. Finally, a story I understand. Something I can wrap my head around. Maybe I should rephrase that.

Sure, he’s guilty of that. But at the same time, he’s also responsible for keeping Hillary Clinton out of the White House. If not for Carlos Danger, we wouldn’t all be talking about James Comey right now. If Weiner had been able to control his, um… desires, today his wife would have a job and Donald Trump would be the one wandering around in the woods.

Never forget that our moral, ethical, and intellectual betters on the left tried to blame Andrew Breitbart[5] for this creep’s behavior. Now they want to blame James Comey for investigating it. (That is, when they can make up their minds whether Comey is a hero or a villain. It seems to change depending on whether they’re getting what they want.)

Weiner could face up to 10 years in prison if convicted and he may have to register as a sex offender depending on the judge’s discretion. I’m betting a judge will throw the book at this perv. At least I hope so. The Dems will never forgive him this time, so he’ll have to find another line of work once he gets out of jail.

Weiner and Abedin deserve each other. The guy is a serial pedophile and predator. He’s also a flaming narcissist. But I could be all wrong… as desperate as the Dems are, they may embrace Weiner (phrasing). He lied all during the investigation until there was nowhere else to go. As a Democrat, he will keep on lying and the Dems do love corrupt underdogs. I guess we’ll have to wait and see. 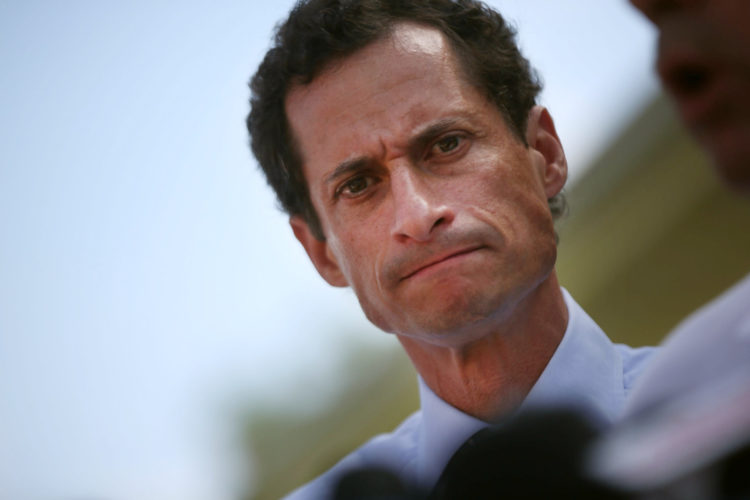