This business of Black Lives Matter[1] and other protesters blocking roadways, impeding traffic, ticking people off and putting lives at risk, has simply got to stop. Tennessee is taking much needed steps in that direction. When I lived in Las Vegas, there was one rule you always followed if you had to drive through the bad part of town… never stop, no matter what they attempt to do to your car. Why? Because you would probably wind up dead. So, I totally get why people drive through these crowds. Most go slowly and attempt to push them out of the way, but there have been some who barreled through the protesters like bowling pins. It’s hard to dredge up any sympathy for them.

Tennessee is taking action to protect the drivers in these situations. A bill has been introduced that targets protesters who block traffic. Under this new bill if a driver hits a protester who is blocking the road, they can’t be sued in civil court for injuries. Other states are following in their footsteps. According to The Tennessean, in North Dakota, motorists who run down demonstrators on public streets could be exempt from prosecution, even if someone is injured or killed, as long as the motorist did not purposely hit the victim. In Minnesota, demonstrators who break the law could be billed for the cost of law enforcement – I especially like that one. And in Iowa, blocking traffic on a highway could be a felony punishable by up to five years in prison. All of these are good and prudent moves to stop this insanity before more people die. 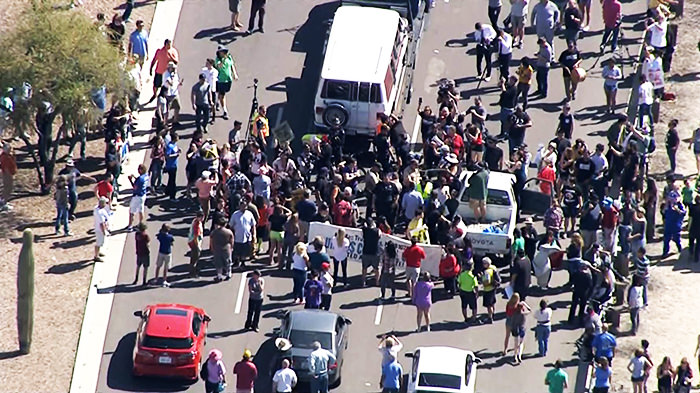 A new Tennessee bill[4] addresses protesters who block traffic. Under the proposal, if a person is blocking traffic during a protest or demonstration – and a driver hits them, the protester would not be able to sue the driver in civil court for any injuries. The bill says a driver would not be immune from civil liability – if the actions leading up to injuries were willful.

Senator Bill Ketron (R-Murfreesboro) introduced the bill and said in a statement, “We believe that citizens have the right to protest. There is a procedure for peaceful protests and the purpose of that process is to protect the safety of our citizens. Protestors have no right to be in the middle of the road or our highways for their own safety and the safety of the traveling public.”

Representative Matthew Hill (R–Jonesborough) sponsored the bill, and issued a statement saying, “We are not endorsing anyone running over a person with a car, whether it is protestors or anyone else. If someone intentionally harms a person, they are going to be charged with a crime, period. There is a clear difference, however, between peacefully protesting and lawless rioters in the middle of a public roadway who jeopardize the safety of our families. This is a public safety bill that is meant to protect everyone’s right to peacefully protest and I look forward to seeing this commonsense legislation passed into law.”

It’s really quite simple… don’t be stupid enough to stand out in the street and block traffic. Any moron should be capable of figuring that one out. Except of course for a great many on the left evidently. They have become totally unhinged and will commit any sort of crime to make a statement these days. This is not in any way condoning running people over; it’s proactive to protect those who could become unwitting victims of rioters and radicals with a political agenda.

The left is decrying this saying that the law is saying if you protest and get hurt it is your own fault. That’s exactly right. If you break the law while protesting and get hurt or killed, you are the one responsible for the consequences… not your victims. You have the right to peacefully assemble… that is not what standing in the road, blocking traffic is. That is breaking the law and putting others at risk. The rioters/protesters are in fact, abridging the rights of others and flaunting the law. 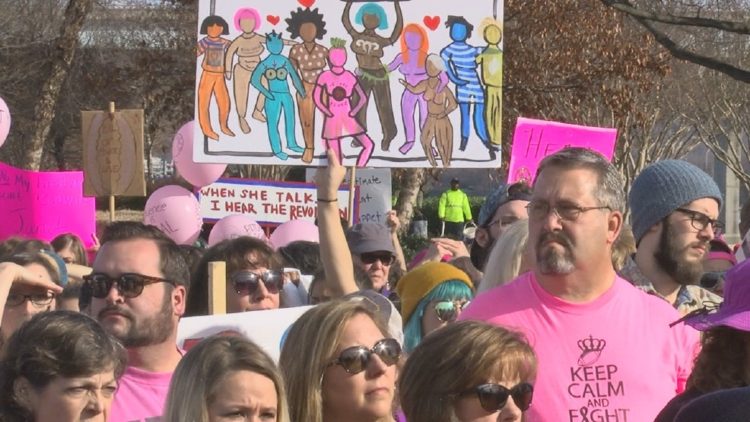