After the ACLU and Portland Mayor Ted Wheeler demanded to know why the Portland police “corralled” Antifa protesters and pushed them out of downtown parks during a demonstration, Police Chief Mike Marshman issued a disturbing statement.

The ACLU claimed that the use of force was “out of proportion” to the behavior of the protesters, but if what Marshman says is true, I believe the police didn’t go far enough. 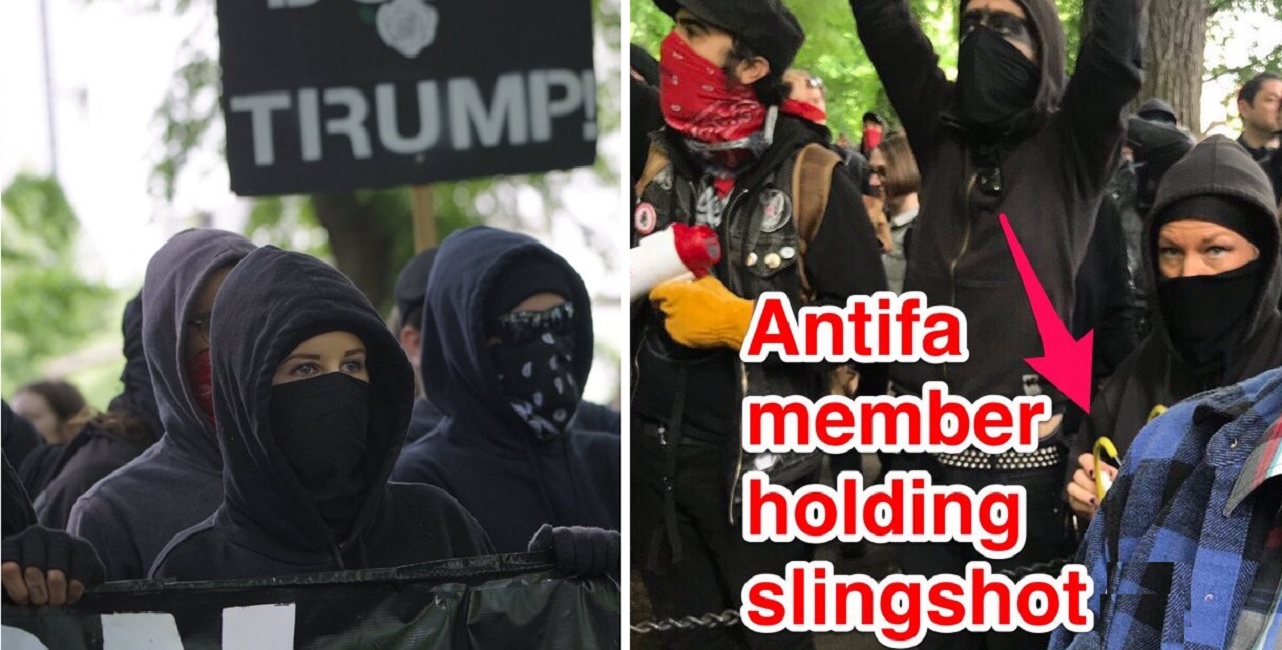 Marshman claims that his men were forced to push out Antifa protesters who were using slingshots to lob balloons full of urine, feces and unknown chemicals at police officers:

“These objects included urine and feces filled balloons, balloons with unknown chemicals, marbles, bricks and rocks. Police observed people in Chapman Square climbing atop the brick restroom structure at the south end of the park, with bricks. PPB knew that objects were already being thrown and slung and that bricks were being prepared to be thrown.”

He also alleged[2] that the smoke that could be seen wasn’t released by police, but the protesters who he accused of using “gopher gassers” – rodent poison gassing devices.

Willamette Week reporters claim to have witnessed the use of slingshots, as well as protesters flinging red-stained tampons at police.

Marshman attached to his statement photos of the weapons that were taken from protesters, which included hammers, scissors, other small tools and bricks, and a picture of the bruising one officer sustained during the attack.

“Beyond the usual concerns with traffic safety and public inconvenience. There were additional threats posed by this behavior, primarily the risk that the marchers would come into physical conduct [sic] with the group they were protesting against, resulting in threats to both groups’ physical safety.”

The ACLU also objected to the photographing of the group, including IDs. The reason for that, Marshman said, was for the sake of speed.

He says that writing down the names and addresses of each of the people being detained would have taken considerably longer than photographing them. Snapping a photo allowed officers to release all of the detained protesters within about an hour.

Their level of barbarism is directly proportionate to the level of desperation they feel. They’re showing their true colors and it’s not pretty.