“Good guy with a gun” stories always bring a smile to my face. There’s nothing more wholesome than spitting in the eye of anti-gun liberals who think that everyone who owns a firearm is a mass murderer waiting for the right time to flip their lid and go postal.

Not to mention where there is a good guy with a gun, there is a bad guy and a victim (or multiple) who are saved from whatever nightmare they’re going through. That warms the deepest recesses of my heart. 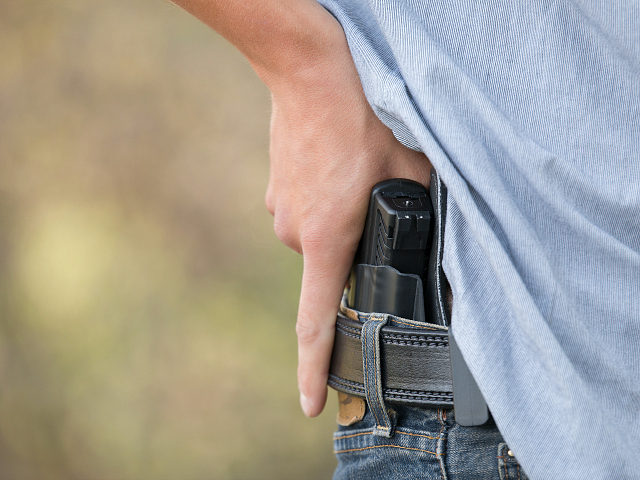 According to court documents, an armed Texan saved a young female jogger from an alleged sexual assault after hearing her scream.

The unidentified female claims that she was jogging around 5:46 AM when she heard footsteps coming up behind her. That’s when she says she felt arms close around her “bear hug” style and the pair tumbled to the ground – her on the ground on her back and him on top of her. She tried to use a whistle to attract attention from anyone nearby, but it was crushed between her body and the ground and was not accessible. Instead, she screamed, but the suspect put his hands over her mouth to stifle her.

He also allegedly told her that he was “a virgin” during the assault, which is totally bizarre and at the same time not surprising.

At some point, his hand left the woman’s mouth and she was able to scream, which got the attention of a nearby jogger who happened to be armed. He approached the pair with his gun drawn and flashlight shining on the man who was allegedly “naked from the waist down.” The man, believed to be 22 year-old Richard Jordon McEachern, ran away with the woman’s shoes and shorts, and was later detained by police.

The police also believe he may have been responsible for a similar assault on another female jogger on August 22nd that shared characteristics with this thwarted attempt.

If this is indeed the fellow that attempted to sexually assault two women who were just trying to go about their morning routine, then he needs to be locked up and the key needs to be thrown away. He is scum and needs to be treated as such.

Obviously being a woman this hits close to home. She also needs to get her hands on a firearm and train so that she is never victimized again. You can’t always rely on a good Samaritan to be close by. Take your safety into your own hands.