“Babe, I Just Shot The Kids” Mother Tells Father After Weeks Of Planning Their Murders [VIDEO]

Another senseless double-murder committed by a parent has rocked north Texas. Sarah Nicole Henderson has been charged with the murders of both of her daughters, Kenlie, five, and KayLee Danielle, seven. Jacob, her husband, told police that Sarah had told him: “Babe, I just shot the kids,” right before running into the living room to find them dead. 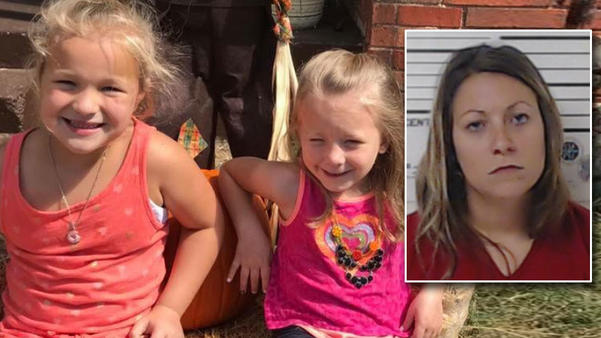 It was only earlier that day that Jacob had felt the need to call 911 because he thought his wife was suicidal, but when the deputies got to the home, both of them claimed that it was a false alarm. When questioned about it, Henderson County Sheriff Botie Hillhouse said:

That first call went out at 11:30 pm on Wednesday night and it was only three hours later that a second call went out. This time, it was Jacob reporting the murders of his two step-children by their mother.

Sheriff Hillhouse continued in his explanation:

“The only thing she told us was that she had smoked some marijuana early in the evening. She was very blunt. We just don’t have any answers as to why.”

She is currently in jail on suicidal watch. Her bail has been set at $2 million.

Sarah, when interviewed, had confessed that she had planned weeks ago to carry through with the murders of her children, but had also planned to kill her husband. The only thing that stopped her from killing her husband was the gun she was using. It had malfunctioned when she tried to kill him while he slept. When Jacob had originally called to report his wife’s insane behavior, he mentioned that she was “freaking out like someone is out to get her.”

It was only a few minutes after the first call that he called back and said it was a false alarm and that she was acting normal.

“She was asleep when I went to sleep last night. I woke up and she came in there said: “Babe, I just shot the kids”. And I didn’t want to believe it. I went in there and they were dead.”

Over the final call to report that the girls had been shot in the head, Sarah’s voice is heard in the background pleading for her husband to shoot and kill her, claiming people where coming for her. Then, at the end of the call, you can hear Sarah mourn: “God forgive me” and “What did I do, Lord? What did I do?”