A disgusting banner was found hanging over a New York overpass and now police are investigating.

The banner itself reads “More Dead Cops” and sports an “A” that has been circled, which is a symbol used by Antifa. It is currently unclear whether this was actually a banner created by a local Antifa group, or if an opposing group created it to generate ill-will toward the anarchist group.

I sincerely hope it’s not the latter, because honestly they can garner enough hate by their own actions. They don’t need any help. 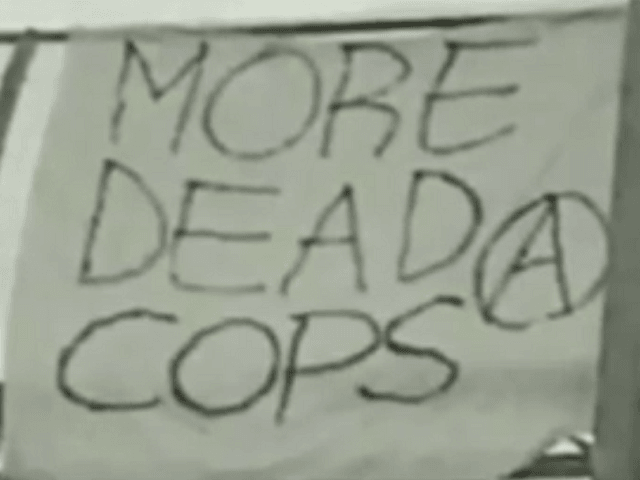 Retired police Capt. John Cooney called the people or person who went about creating and hanging this sign “ignorant” and he was absolutely right.

The sign was removed after police received a call about it from someone who was rightfully offended by the slogan.

Local resident Johnathan Falk told Fox News that this is an “absolute horror,” adding “We’re talking about people who put their lives on the line every day for strangers for not a lot of money, and they’re getting so disrespected. It’s terrible.”

The legality of the sign itself is “murky at best” according to Cooney, who stated that best case scenario, they could get the punk(s) who did this on trespassing and unlawful use of property charges.

While the police have officially stated that they are looking into the matter, Cooney stated that it would be “a waste of time” for the officers to be concerned about the banner.

On one hand, he’s absolutely right. It’s entirely unlikely that the pasty little brats who put this together are going to try to physically threaten police or any other law enforcement officer, so to worry about it in that capacity would be silly. Not to mention that they wouldn’t likely be able to pin much of anything on them even if they did find out who did this.

On the other hand, threats against police officers have been acted upon with violence in increasing numbers, leading to a rise in anti-LEO shootings and murders. While the police shouldn’t worry about the creators of the sign acting on the sentiment, it would be absurd for them to think that this is a feeling that is shared among the most violent and the most likely to act on their anger and hatred. Cops have to be even more careful now than they have been in the past and “More dead cops” banners are the reason why.