One woman in an abusive situation tried to rescue her children with the help of a McDonald’s Drive-Thru employee, but her abuser took off before help could arrive.

Chilling video shows the moment that the woman tried to escape before having her two year-old wrestled from her arms and then being abandoned.

This event took place in July of 2016. Jessica Wilson’s attorneys described the situation that led to the dramatic video above.

The trial revolving around the incident began this Tuesday. And as Wilson’s attorneys recounted what happened that night, they revealed that what was captured by a McDonald’s security camera was only the tip of the iceberg.

According to Cincinnati.com[2], assistant prosecutor said that for Wilson, the entire evening was “a night of sheer terror.”

Hours before taking her children, Levenski Crossty broke into Wilson’s house by pushing in an air conditioning unit and climbing through her window. 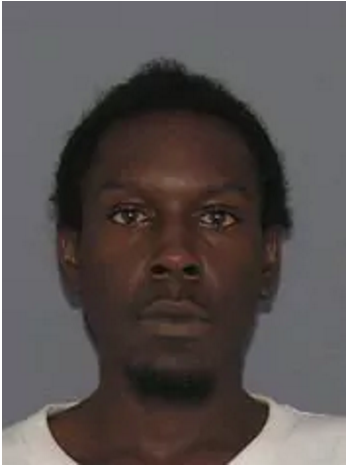 Wilson told the court that after Crossty broke in, she tried to lock herself in the bathroom, but he forced his way inside. Wilson describes his demeanor:

“He was ranting and raging.”

Crossty’s infuriation was allegedly due to his belief that Wilson had cheated on him.

After Crossty beat her, Wilson and her children ended up in his car, but she couldn’t recall exactly how they got there.

She said it was there that the beatings worsened. Crossty repeatedly demanded she give him the passcode to her phone, so that he could see who she’d been texting.

She told the court she eventually gave him the passcode, recalling:

Wilson also couldn’t remember exactly where he stopped the car and how many times, but she did know they stopped at Crossty’s sister’s home. When she tried to escape from him there, he  bit her hand.

She then recalls telling him that the kids needed to eat, which was when Crossty pulled into the McDonald’s drive-thru.

The surveillance footage shows Wilson getting out of the car with their 2-year-old daughter, trying to reach the drive-thru employee.

Of course Crossty’s attorney claims that he was only trying to save the child from her drunk mother and immediately drove them to their grandfather’s house. This is in response to being charged with felonious assault, theft and multiple counts of abduction and kidnapping.

The plot thickened when it was revealed the Crossty had called Wilson from prison on more than one occasion telling her to hide and avoid subpoenas.

Let’s hope this absolute monster is sent to jail, like he deserves. No real man hits a woman for any reason.