If I were betting[1], I would say this man came to an abrupt and bad ending. An oil field worker and father of four, had a tiff with his wife and took a drive to cool off. He ran out of gas and was stranded. He called his brother to come get him. Before his brother got there, Brandon Lawson made a garbled 911 call and then just disappeared. He said he had run into someone and needed help immediately. Since he had a warrant out for his arrest for some reason, he was trying to avoid the authorities. He must have been desperate to call 911. After he disappeared, there was no activity on his bank accounts and phone. That was three years ago. 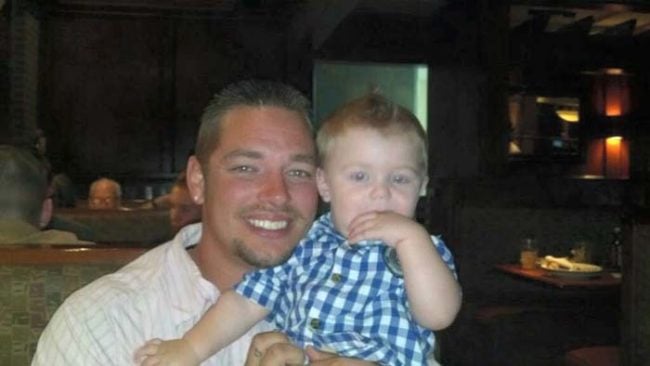 When a person goes missing, it’s hard for their friends and family not to assume the worst.
And if it happens under mysterious circumstances? It’s even worse.

That is the story of oil field worker and father of four, 26-year-old Brandon Lawson. He disappeared without a trace during the early morning hours of August 9, 2013. It would appear to be a routine disappearance, except for one garbled 911 call that Lawson made just before he vanished.

Late on August 8, Lawson got into an argument with his common-law wife Ladessa Lofton and decided to take a drive to cool off. The trouble started when Lawson ran out of gas on Highway 277 near Bronte, Texas.

In the 911 recording, you can hear Lawson describing his situation, asking for a police officer and the voice of a possible second person at the scene with him. They searched everywhere for Brandon, but it was like he disappeared into thin air, leaving his wife and four children to grieve him and not even know what became of their dad. Anyone with information regarding the disappearance of Brandon Lawson is asked to call The TX Dept of Public Safety, MPC at 512-424-5074, or the Coke County Sheriff’s Office at 325-453-2717. They can request to give their tip anonymously. This family deserves closure if nothing else. 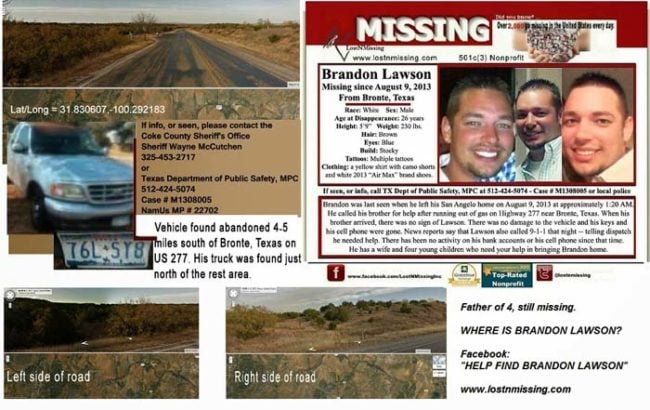